The 1767 Census, often called the "First Settlers List", is the primary source document for determining the origin locations of Volga German settlers.

The information reported varies somewhat depending on the village you are looking at, but generally these lists include the following details about each family:
•    Names and ages of each family member
•    Religion
•    Profession of the head of the household
•    The town or region that they came from

There are a few problems and challenges in using the First Settlers Lists:
•    The lists for some villages are missing
•    Some settlers are missing from the published lists
•    The surname spellings are sometimes inaccurate
•    Some lists give the region that the settler came from, not the exact name of the town or village
•    The place names given are sometimes inaccurate

The most important fact to remember when using these lists is that the locations stated are not always correct. If all of the locations given in the First Settlers Lists were accurate, German Origin research would be easy!  Sometimes the place name is just slightly misspelled, sometimes the spellings are mangled into non-existent places, and sometimes it is a real place but not the actual place the family came from.

The lists were transcribed from Russian and translated into German by Dr. Igor R. Pleve.  The Pleve translation was published in a four volume series titled "Einwanderung in das Wolgagebiet, 1764-1767 (Immigration to the Volga Region, 1764-1767)". The books have been out of print for several years, however the publisher (Göttinger Arbeitskreis e. V.) announced in early 2022 that the books would be republished. When this blog post was originally written (2021) only Volume 1 was available for sale in the AHSGR store. If you need copies of Volumes 2, 3 or 4, those will hopefully be available later in 2022.

Some independent researchers and AHSGR Village Coordinators have obtained copies of the original lists and done their own translations.

Even with these potential obstacles, the First Settlers Lists are a source that you should consult while researching your Volga German ancestors. 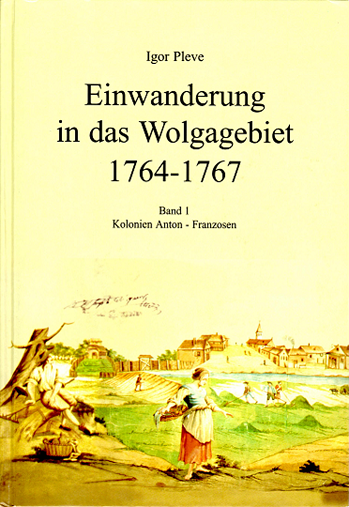