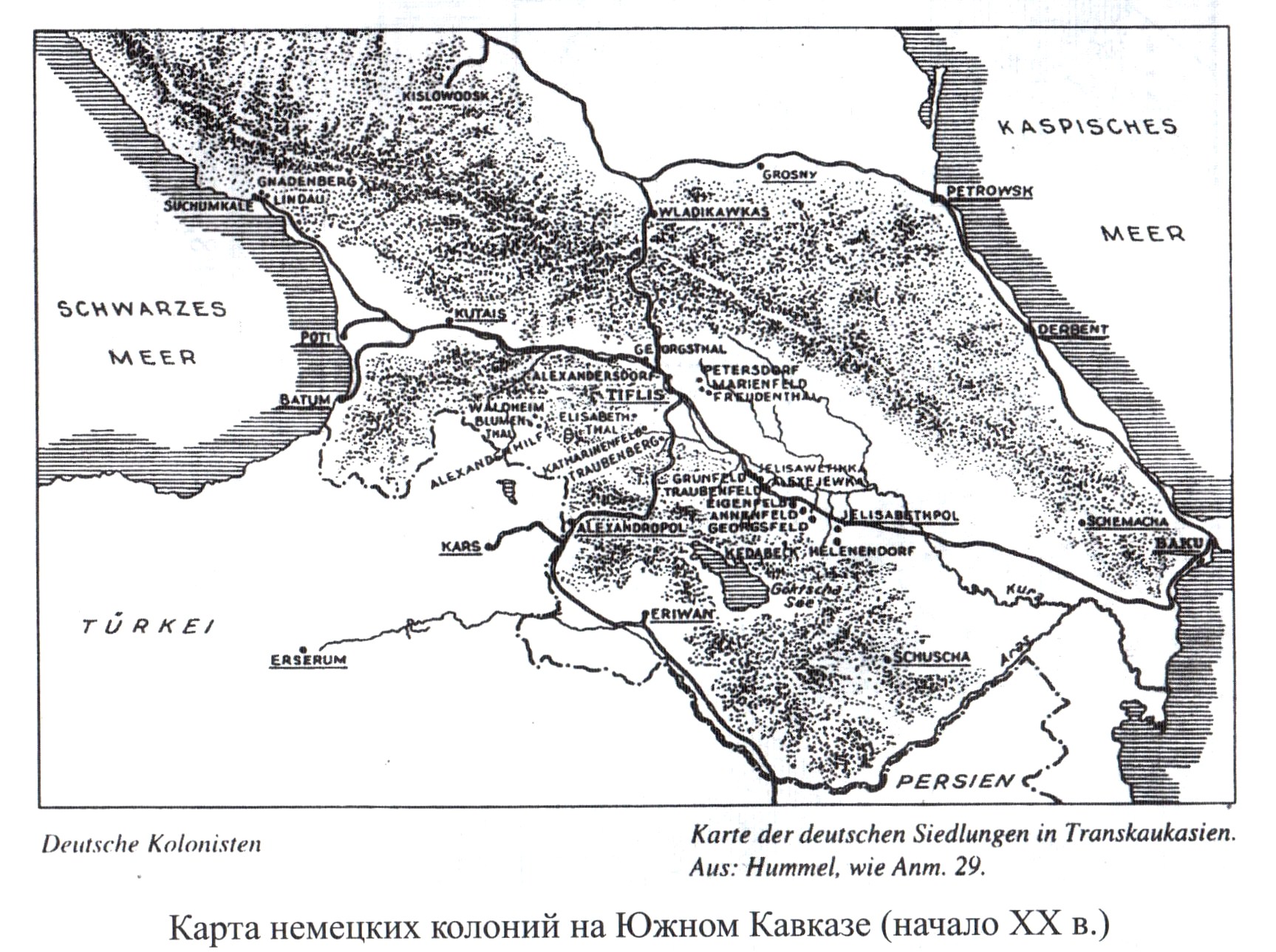 Map of the German Colonies in the South Causasus Source: Hummel.

The Caucasian Line describes one of the fortified frontiers established in Russia to guard and expand the borders of the empire. The Caucasian Line began in 1735 with the construction of a fortress at Kizlyar, near the Caspian Sea. In response to the 1739 treaty between Russia and Turkey, a series of fortresses were then constructed from Kizlyar eastward along the front range of the Caucasian Mountains eventually reaching the mouth of the Kuban River as it enters the Sea of Azov.

As a result of the Russo-Turkish War (1768-1774), the Russians began expansion into the North Caucasus region. Count Pavel Potemkin, cousin of Grigori Potemkin who was a favorite of Catherine the Great, was named viceroy over the Caucasus and arranged for the expansion of the Caucasian Line. According to Dietz, by a decree of 27 October 1778, a number of colonists were relocated to the Caucasus in settlements that were being established along the Caucasian Line. There are many families in the 1798 Census of the Volga colonies that are noted to either be or have been "on the Caucasian Line."

In 1809, a group of colonists from Sarepta and Anton settled in the colony of Karras near Pyatigorsk. Dietz continues to report that a number of colonists had moved to the Caucasus without authorization in 1850. They reported that 593 families had declared their desire to relocate to the northeastern shore of the Black Sea. Although the Kontora forbid this movement, the colony of Alexandrovskaya was founded there near the Nalchik fortress. By 1840, there were five German colonies in this area. The colony of Michaelsdorf was founded near Vladikavkaz in 1861. According to Dietz, 736 male and 567 female souls moved from the Volga colonies to the Causasus between 1838 and 1871.