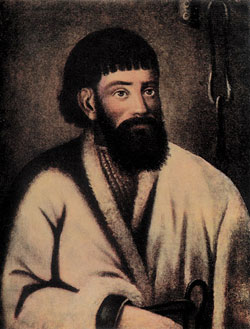 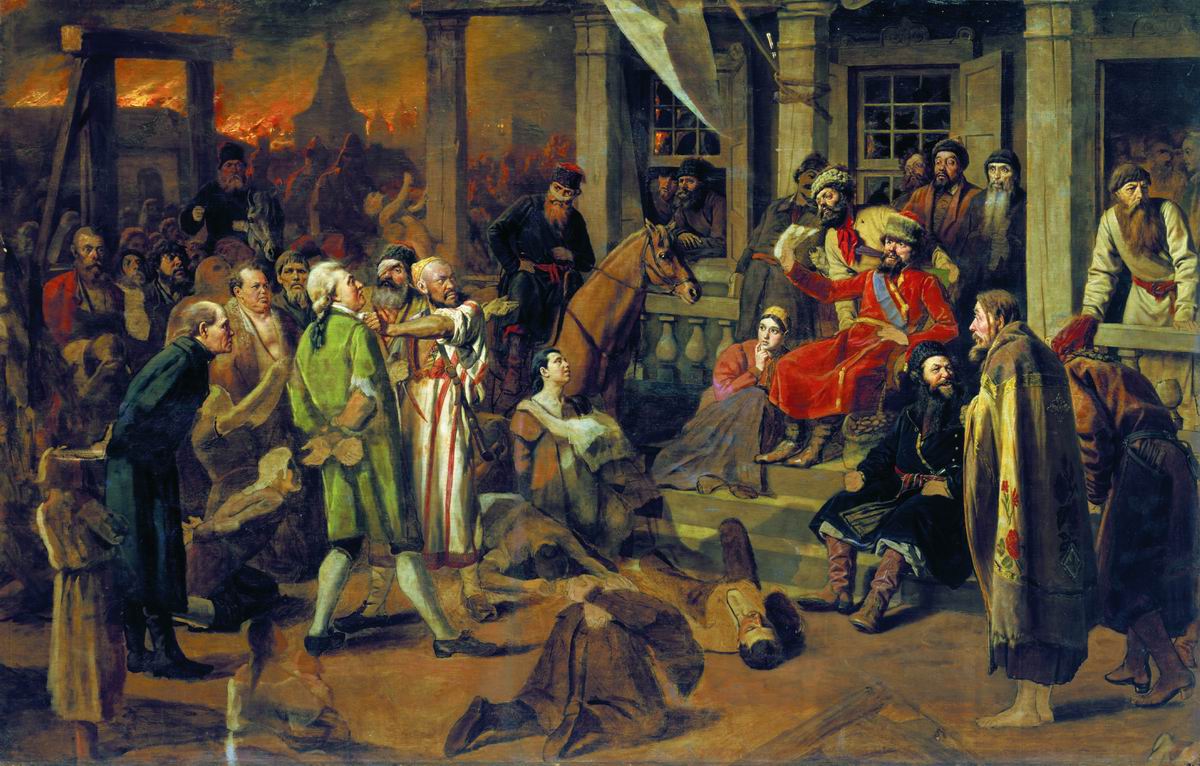 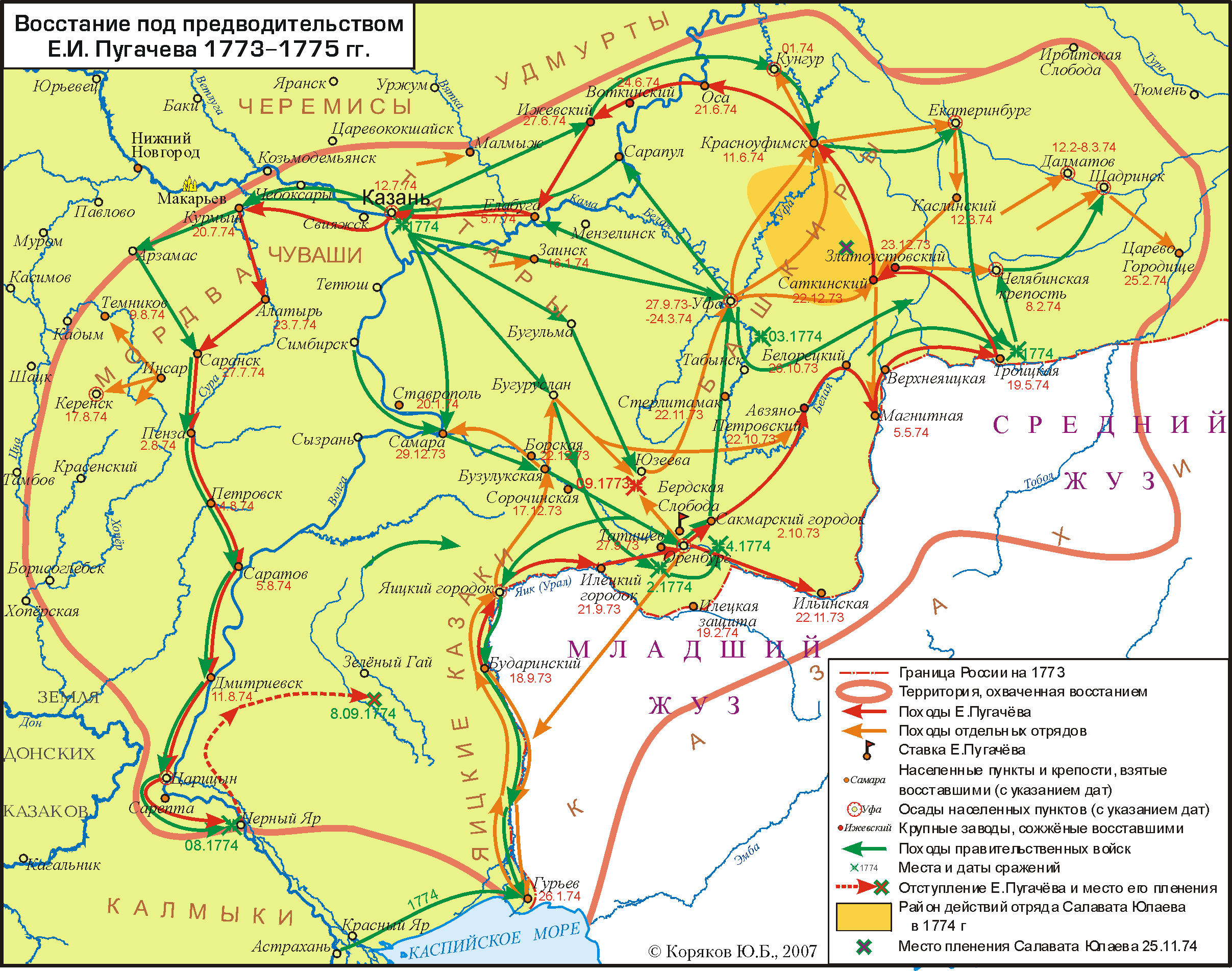 The notorious rebel leader Yemelyan Ivanovich Pugachev was born in 1740 or 1742. In September 1773, he assembled a small band of guerrilla forces in southern Russia. Claiming to be Tsar Peter III, Pugachev promised freedom and land to the serfs and other discontented peoples. Assuaged by these promises, his force reached several thousand rather quickly. During 1773 and 1774 his band rampaged throughout the Volga region.

On 5 August 1774, Yagodnaya-Polyana was attacked, three men were captured and later whipped to death. The following day Saratov was taken and the rebels ransacked the city, opening prisons, government storehouses and executing captured aristocrats and officials whose bodies Pugachev ordered left unburied.

From the 9th through the 13th, Pugachev’s renegades traveled from Saratov to Kamyshin wrecking havoc as they went from village to village among the German colonies. Many settlers fled to hide in the countryside, burying what few valuables they possessed while others remained in the villages. On such individual, Johann Wilhelm Stärkel, great-grandfather of Reverend Wilhelm Stärkel, who was a leading figure in the later pietistic movement, was seized by Pugachev's men when the entered the colony of Norka. Along with others he was forced to drive the rebels' stolen wagons to a point near Kamyshin and later miraculously escaped. Continuing to sweep southward, the main force under Pugachev passed through Dönhof and approached Kratzke where cellars, and clay pits and even wells were filled with all kinds of property and strewn with earth. The cattle were driven into the forests and canyons or tied among the reeds and rushes of the river.

A young man, hiding with others in the garret of the Kratzke schoolhouse, later related how Pugachev arrived in front of the school in a heavily escorted carriage and promptly had a gallows erected from two long poles and a crossbeam. Four bound prisoners on horseback were led in and beaten, then hung in pairs on two ropes thrown over the crossbeam. The grim scene was repeated many times as surviving colonists recalled the times when at night the horizon was bright with the lurid flames of destruction in the villages. Pugachev was finally defeated by government forces south of Sarepta and was later captured in the Urals following his betrayal by fellow rebels on 15 September 1774. He was taken to Moscow and after a trial was executed there on 11 January 1775 for his crimes. The devastating consequences of his raids through the German colonies along the Volga River were to be felt for many years.

Beratz, Gottieb. The German colonies on the Lower Volga, their origin and early development: a memorial for the 150th anniversary of the arrival of the first German settlers on the Volga, 29 June 1764. Translated by Adam Giesinger. Lincoln, NE: American Historical Society of Germans from Russia, 1991.

Beratz, Gottlieb. The German Colonies on the Lower Volga: Their Origin and Early Development. Lincoln, NE: American Historical Society of Germans from Russia, 1991.

Giesinger, Adam. From Catherine to Khrushchev: The Story of Russia's Germans. Lincoln, NE: American Historical Society of Germans from Russia, 1981.