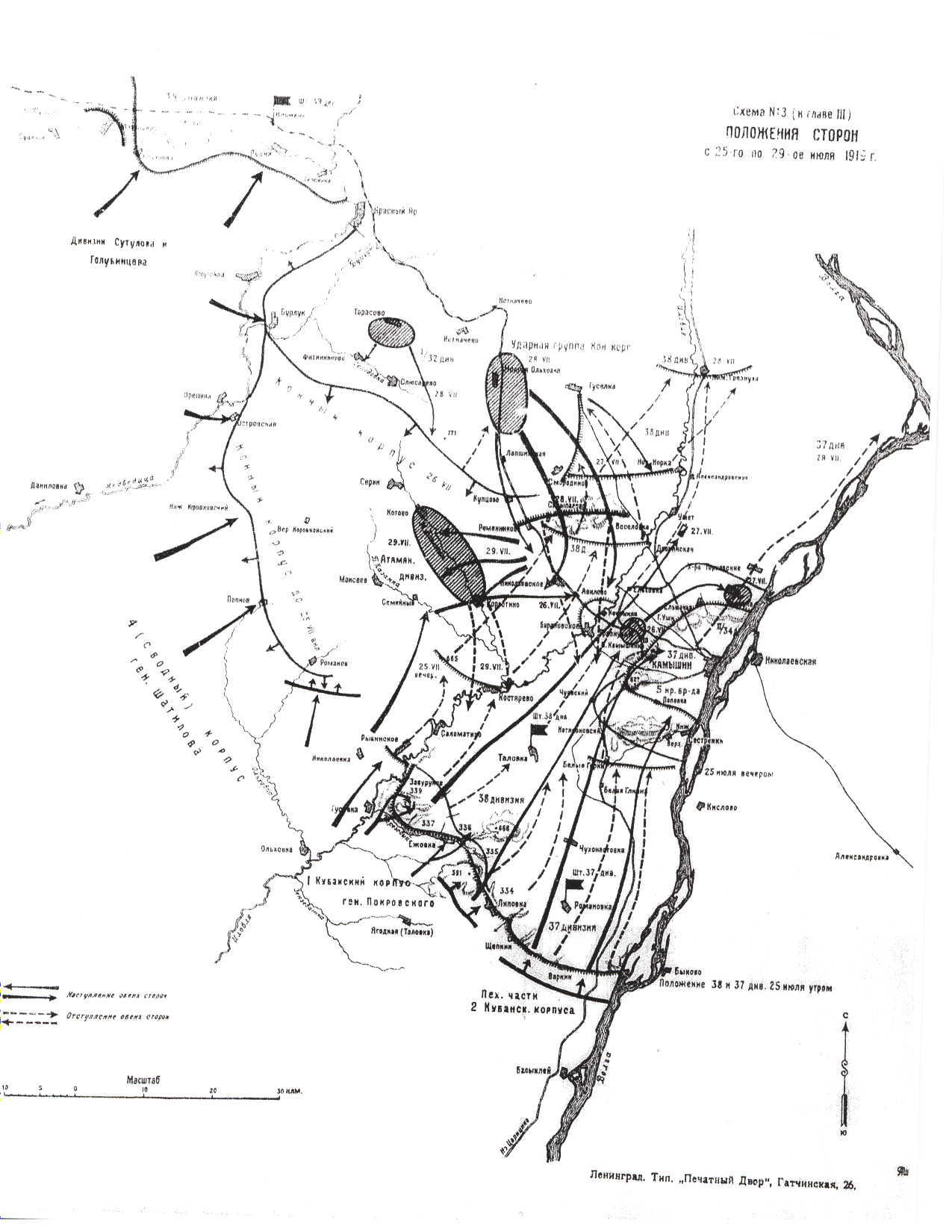 On October 25, 1917 (Russian calendar) Vladimir Lenin led a successful coup to overthrow the Provisional Government that had been established after the abdication of Czar Nicolaus II in March 1917.  This was the beginning of the Communist era of Russian history. But czarist-backing factions (represented by the White Army) continued to fight with the Communist factions (Red Army). Volga Germans were involved on both sides of this struggle, with some seeking to help secure the Communist control of the region while others defended the emperial side. There were many very horrific struggles in the colonies.

July 1919 saw forces from the 10th Red Army do battle with White Cossaks for control of the Volga area. The British 47th Air Squadron assisted the White Forces by bombing and raids against the Red Forces. The Russian Civil War was particularly devastating to several of the southern Volga German colonies including Josefstal, Marienfeld, Rosenberg, Oberdorf, Erlenbach, Neu-Norka, and Weisenfeld.

Leading up to the 1917 Revolution, there had been skirmishes between the rich and poor in the region of the Volga German colonies.

An excerpt from Memories of Norka by Conrad Brill:

In about 1905, the Russian people were so disillusioned with their government that bands of Bundofschieks (rebels) raided stores owned by Jews in the Russian villages, where they threw the contents out into the streets where others carried the things away. Many Jews were beaten to death or maimed. In another such episode at that time, a Norka family named Hefeneader who owned a mill in a Russian village, were killed and their mill burned by a band of Bundofschieks. A family friend, Adam Schwartz, employed by the Hefeneaders hid in a bedding drawer, which slid under a high bed when the shooting started, so wasn't found. He later related the events to our village elders, who sent wagons of Hessler family, Schnell family, and our family, to go move what was salvageable from the Hefeneader property that was destroyed. The Hesslers, who were neighbors of ours, were related to the Hefeneaders and Garte Krieger’s wife was their daughter.

This was known as the "Bloody Sunday" uprising, or the 1905 revolution. The Russian army was busy fighting the Japanese, in the Russo-Japanese war, so the troops were gone and the Bolsheviks decided this was the time to get some reforms. General strikes, fires and blood across the countryside, until Nicholas II granted concessions with a manifesto for civil liberties. Nicholas II was known as a timid easy man, who could be led around by the nose, which was probably true, but when he got the troops home from Turkey, he forgot the manifesto. Nicholas II ruled from 1894 until 1917, when he was taken, held prisoner and later killed with his family by a Bolshevik factor. He had married the Princess Alice of Hessen-Darmstadt and she converted to the Russian Orthodox Church. They married a month after Alexander III died.

We thank Ted Gerk for providing research on this topic.