I will refer to the Kulberg Lists in many future blog posts, so I think it would be a good idea to explain what those Lists are and why they are important for Volga German genealogy research.

The lists are organized by the date that each ship arrived.  The date of arrival, name of the ship, departure port, and name of the skipper are included for most of the arrivals.  The lists report basic information about each colonist family:  the name of the head of household, his profession and religion, his wife’s first name, the names and ages of their children, and the geographic region from which they came.

In addition to the basic data reported about each family, there are several other reasons that the lists are useful for genealogy research:

The lists have been translated into English, and published along with an English introduction, by Igor R. Pleve.  Pleve’s 2010 publication can be purchased from AHSGR.  There is also a Russian (with portions in German) book by Andreas Idt and Georg Rauschenbach that corrects and supplements some of the previously published data. 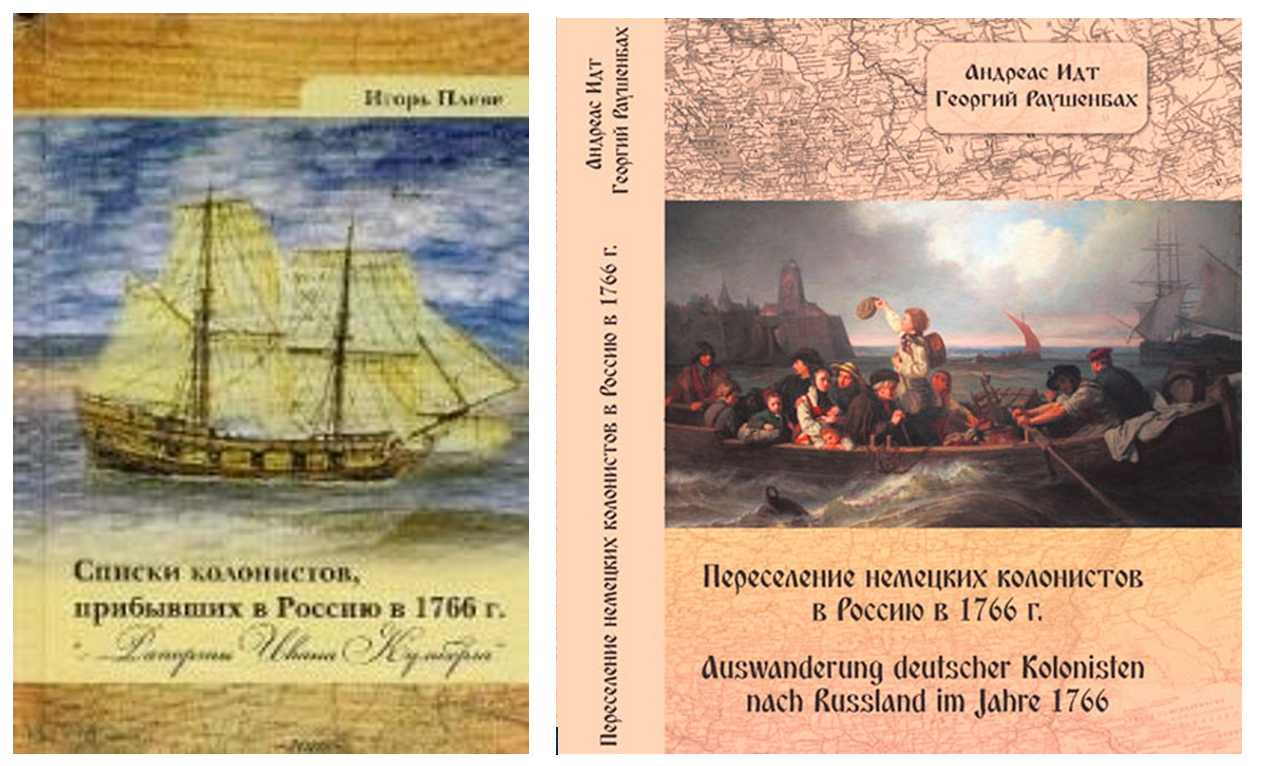 Covers of both Kulberg List books. Purchase information at the end of the blog.