Marriages, Baptisms, and Deaths among colonists traveling to Russia in 1764-1766

The city of Büdingen was a major recruiting and gathering point for individuals and families who wished to emigrate to Russia. The Russian authorities preferred married couples and families, resulting in many hastily arranged marriages among single colonists wishing to travel to Russia.  Other major gathering points were Lübeck and Roßlau.

Published translations of the records from Büdingen, Lübeck, Roßlau and other German localities report nearly 900 marriages of couples destined for Russia. The amount of detail provided in these parish records varies.  Some entries report only the names of the bride and groom. Some entries also include the town that each came from. A few entries mention a parent or deceased spouse.

There are five published translations of the Büdingen marriage records that I am aware of (and probably a few more that I am not aware of). The translation that I most frequently use is the one that is included in German Migration to the Russian Volga (1764-1767): Origins and Destinations, by Brent Mai and Dona Reeves-Marquardt (2003). In addition to the Büdingen marriages, this book also includes marriages of Russian colonists that occurred in other German locations. Information from the Büdingen marriages, and from marriages in other German locations, is also included in Karl Stumpp's The Emigration from Germany to Russia in the Years 1763 to 1862.

These records of events that occurred in Büdingen, Lübeck, and other German towns and cities are most useful when the place of origin is mentioned. Even when the place of origin isn't mentioned, you can glean important information from these entries. For example, there is a baptism in Lübeck on 11 May 1766 of a child born to Johann Carl Henkel and Anna Maria Schreiner. This couple settled in Kolb. After Carl Henkel died, Anna Maria Schreiner moved to Norka and married Peter Heinrich. This Lübeck baptism record is the only record we currently have that states Anna Maria's maiden name.

Sources for translations of the Büdingen marriages: 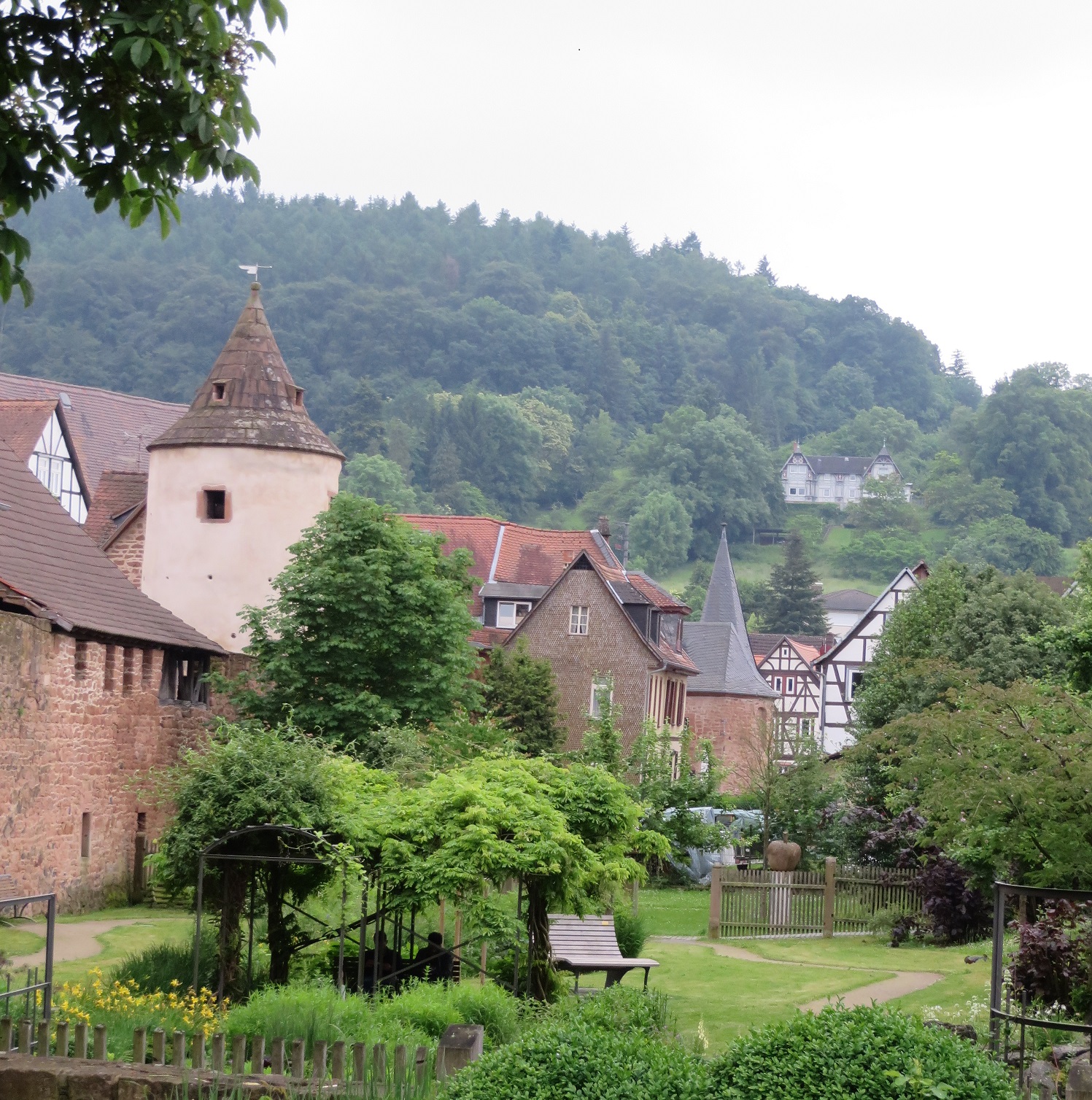 Outside the city walls of Büdingen, 2016, © Maggie Hein