The Emigration from Germany to Russia in the Years 1763-1862 by Karl Stumpp was first published (in German) in 1972.  Several editions have been published since then, including English language translations of portions of the book.

The description of the book on the AHSGR web site says: "Professor Stumpp’s monumental work is the fruition of forty years of research. It is of inestimable value to genealogical researchers, since it contains alphabetical lists of thousands of names of German immigrants to Russia, many with vital statistics, place of origin in Germany, and locality of settlement in Russia. The information is nearly complete for Black Sea immigrants, less definitive for Volga Germans. Most valuable is a list of mother colonies of the Volga and Black Sea, giving both the German and Russian name of each village, its governmental district, religious denomination, year of founding, and population statistics. The book also includes fifty pages of compact and authoritative history of unser’ Leute and a packet of eight maps".

As researchers of Volga German settlers, the statement that it is "less definitive for Volga Germans" might cause us to question whether the book would be useful for us  at all.  I have been able to document many origin locations using hints from the Stumpp book, so my answer to that question is yes, it is useful to Volga German researchers.

An excellent article explaining what is in the book and how to use it appears on the Black Sea German Research Community web site here.

If you are interested in reading about Karl Stumpp himself, there is a brief biographical sketch available on Wikipedia here.

A digitized copy of the book is available (free) on Archive.org here.

The book can be purchased from AHSGR here. 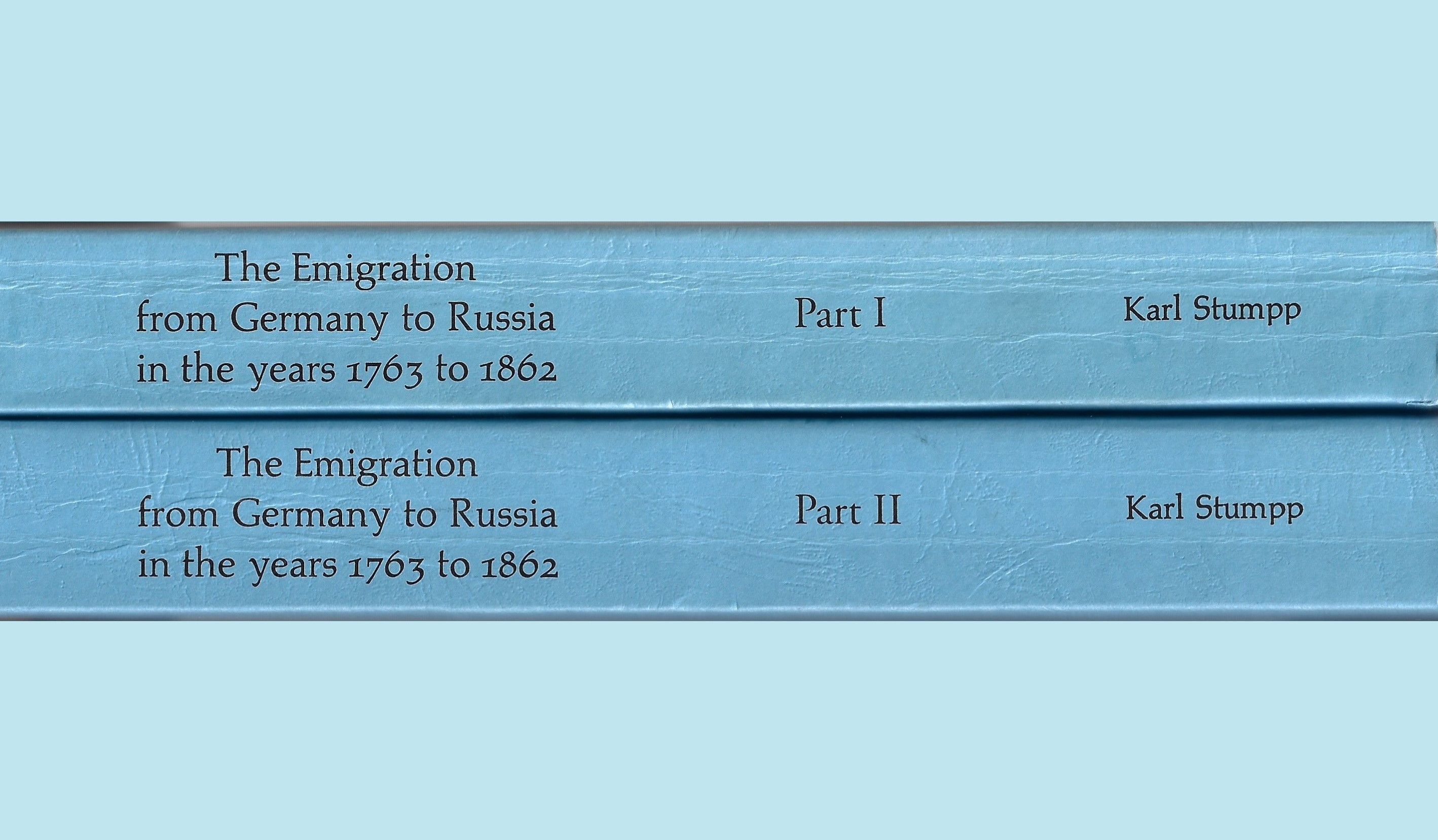