Klaus Peter Decker has written a number of books about the history of Büdingen and the Isenburg region.  Of primary interest to Volga German genealogy researchers are the two books about the emigration of individuals and families from the Büdingen area in 1766:

As you can guess from the titles these are German language books, and ability to read German would be necessary to fully understand all of the material they contain. That doesn't prevent those of us who are not fluent in German from using these books to find information that is helpful in researching the German Origins of our ancestors.

The 2009 book includes translations of the marriages that occurred in Büdingen while the future Volga German settlers gathered for their journey to Russia.  As discussed in a previous blog post, this is one of several published translations of those records. This book also includes a list of families who emigrated from Düdelsheim to Russia.

The 2015 book includes a list of some of the families who are known to have left from Büdingen and nearby towns during the wave of emigration that occurred during 1766.  These families arrived at their destination villages in Russia in 1767.  I have found this book to be essential in documenting the origin locations of many Volga German settlers who who are described as coming from "Isenburg" on the First Settler's Lists. The details provided in the 2015 Decker Book have enabled researchers of many of those families to pinpoint exactly where in Germany their ancestor came from.

Both books can be purchased from the publisher Geschichtswerkstatt Büdingen. 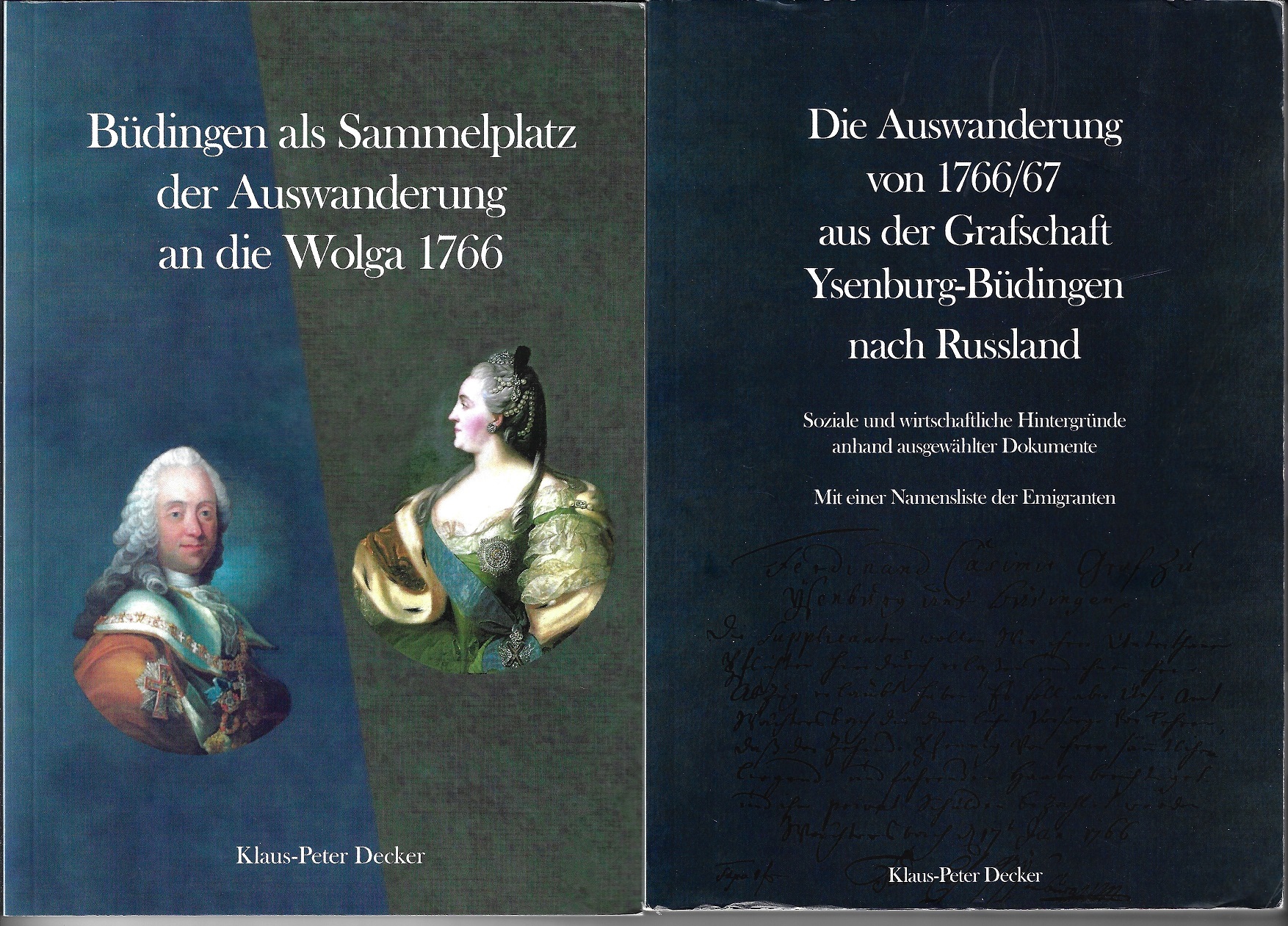 Covers of both Decker books