Biography
Father Maurice Ackerman of the Capuchian Order, was born in Bendwood, West Virginia, 3 July 1879, the son of Karl and Regina (Helfrich) Ackerman. His father, born in Altenhof, Germany, 4 June 1843, was a wagonmaker and blacksmith in his youth, and served as a feldvebel (sergeant) in the Bavarian Army in the war against Prussia in 1866. The following January he came to America, locating at Washington, D.C., where he worked in the Navy Yard. Later he moved to Pittsburgh, and then to Benwood, West Virginia. Regina Helfrich was born in Thalau, Germany, on 12 February 1853. She came to America in December, 1866.
Father Ackerman attended St. Mary's School and St. Alphonsus' School, in Wheeling, West Virginia, and graduated on 24 June 1892. He received his secondary education at St. Fidelis High School at Herman, Pennsylvania, graduating on 20 June 1896, and attended St. Peter and Paul's Seminary at Cumberland, Maryland. He was ordained a priest on 22 June 1904 by Cardinal Gibbons at Baltimore.
From 1904 until 1906 Father Ackerman was assistant pastor at Sacred Heart Church at Charleston, West Virginia. He was assistant pastor at the St. Augustine's Church at Pittsburgh, Pennsylvania, from 1907 until 1915, when he became pastor at Emmeram, Kansas, at Sacred Heart Church.
From August 1918 until August 1919, Father Ackerman held the rank of first lieutenant (chaplain) of the 812th Pioneer Infantry at Camp Grant, Illinois. His regiment arrived at Camp Merritt, New Jersey, on 3 November 1918 on its way to France, but the signing of the Armistice prevented it from going. After demobilization of the 812th Infantry he was appointed chaplain with the overseas replacement troops at Camp Meade, Maryland, where he served until he was discharged in August 1919. After the war he held a commission for five years in the Officers Reserve Corps, serving at Fort Des Moines, Iowa, from 15-30 July with the Reserve Officers and from 1-30 August 1922, with the Citizens Military Training Camp, also at Fort Des Moines.
Photo 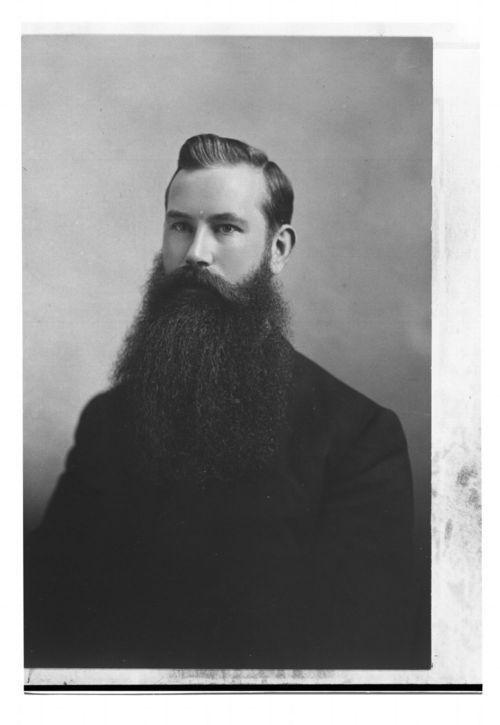