Biography
The Rev. Jakob Friedrich Dettling, son of Johann Dettling & Margaretha Knapp, was born on 8 July 1813 in Mönsheim near Leonberg, Württemberg. He was ordained on 10 September 1842 and served the congregation in Marienfeld (Caucasus) from 1844 to 1855 and the congregation in Messer from 1855 to 1891.
He married the first time on 28 May 1844 in Metzingen, Württemberg, to Wilhelming Christiane Bonwetsch, the daughter of Johann Christoph Heinrich Bonwetsch & Maria Agness Gänslein. He married the second time on 22 November 1855 to his niece Pauline Katharina Bonwetsch, the daughter of his wife's brother Pastor Christoph Heinrich Bonwetsch & Beate Christiana Friedrich.
He died in Messer on 31 January 1892.
Photo 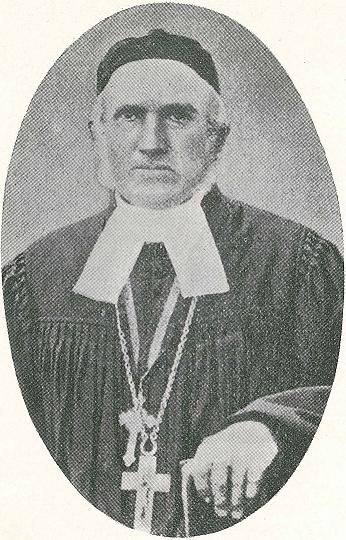