The Reverend Jacob Hergert immigrated to the United States in 1893 and was naturalized in 1899. He was born 15 August 1859 in Brunnental. He married Christine Lohrei in 1877. He was a minister in the Evangelical Church and served Evangelical Lutheran in Endicott and St. John's in Alkali Flat (both 1894-1897) and Zion Church in Walla Walla, Washington (1897-1904). He also served Immanuel Church in Packard (1899-1902) while living in Walla Walla, Washington. In 1904, he moved to Portland where he helped organized St. Paul's Evangelical & Reformed Church.

He served St. Paul's until 1921. Pastor Jacob died at his home at 447 Failing Street in Portland on 1 December 1923. He is buried in the Rose City Cemetery. At his death, he left his wife Christina Elizabeth Hergert, sons Alexander, Solomon and John Edward and siblings Mrs. Anna Nagel, John, Adam, Henry, George (living in Russia) and Elias. 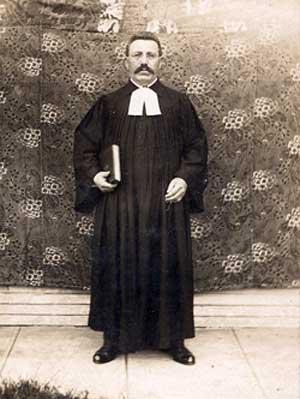 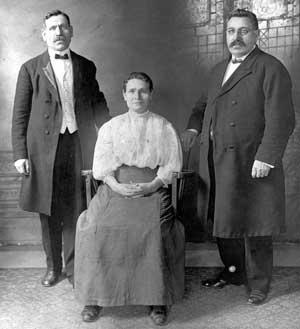