Biography
Johnny Hopp was an American baseball player, with a 14-year career (1939-1952) in the big leagues at outfielder and first base. He appeared in five World Series, winning two of them with the St. Louis Cardinals and two with the New York Yankees. Following his playing career, Hopp was a Detroit Tigers coach and part of the St. Louis Cardinals staff.
He was born on 18 July 1916 in Hastings, Nebraska, to John & Alice (Schreiner) Hopp. His Volga German ancestors come from the colonies of Frank, Kolb, and Grimm. He died on 1 June 2003 and is buried in the Parkview Cemetery in Hastings, Nebraska.
Photo 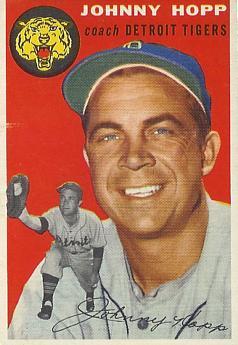 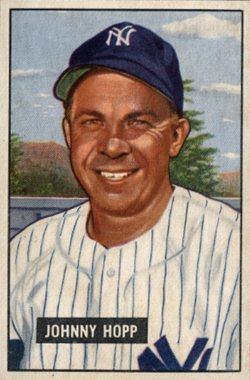