Biography
Richard L. "Dick" Kniss was a bassist who performed for five decades with the folk trio Peter, Paul and Mary. At their concerts, his wife Diane reports, Dick was always introduced on stage by the trio as "the fourth member" of their group. When the trio disbanded for a time in the 1970s, Dick signed on as an original member of John Denver's band, where he co-write hit "Sunshine on My Shoulders," which became the number one song on the Billboard Hot 100 chart in 1974.
Dick, son of John Kniss & Bernice Cutler, was born 24 April 1937 in Portland, Oregon. His father's parents were John Kniss Sr. (born 30 October 1878 in Norka) and Katharina Elisabeth Miller (born 16 November 1878 in Norka). Dick settled in Saugerties, New York. He died 25 January 2012.
His first instrument was a guitar, but he soon moved on to the bass. His musical career as a bass player began in San Francisco before moving to New York City. His roots were in jazz and he was a sideman to such notables as Herbie Hancock and Woody Herman.
Kniss was also active in the 1960s civil rights movement, and performed benefits for many causes, playing during the first celebration of Martin Luther King Jr.'s birthday as a national holiday.
Photo 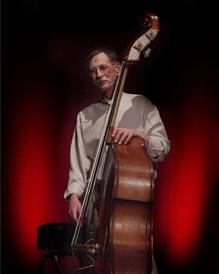 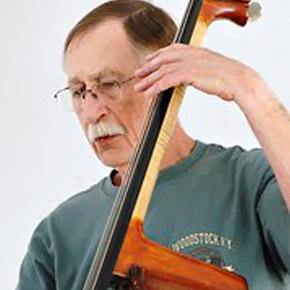 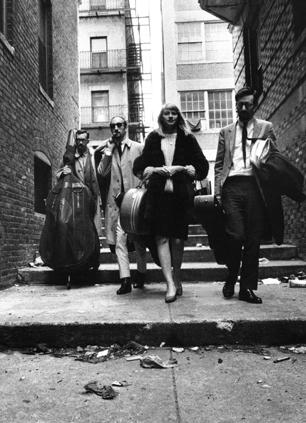