Randall Herman Meisner is an American musician and songwriter, best known as a founding member of Poco and the Eagles. He was born on 8 March 1946 in Scottsbluff, Nebraska, to Herman and Emilie Meisner. His Volga German roots trace back to the colonies of Grimm and Hussenbach.

Randy played with the Eagles from 1971-1977. He later released a couple of solo albums and played with a series of other top performers in rock and country rock performances. 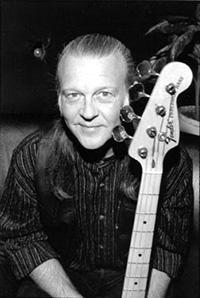