Biography
Boris Pilnyak was born Boris Wogau, son of Andreas Wogau and Olga Ivanovna Savinova, on 12 October 1894. His father was a Volga German, born 26 August 1867 in Katharinenstadt.
He was a Russian author whose most famous works were novels concerning revolutionary and post-revolutionary Russia. He fell out of favor with the Communists and was arrested on 28 October 1937 on charges of counter-revolutionary activities, spying, and terrorism. He was tried on 21 April 1938, convicted, and condemned to death.
Photo 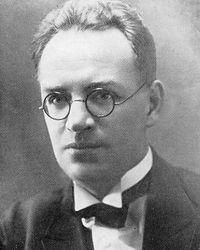