On 11 August 1921, the Volga Relief Society was organized at Zion Congregational Church in Portland. John Miller was elected as president of the organization, and George Repp was to serve as the Society's personal representative to Russia.

The appreciation of the work done by Mr. Repp is expressed in the following letter written by the Secretary of the American Relief Administration (ARA), Herbert Hoover, on 14 September 1922.

The German-Russian people both in this country and along the Volga owe you a great debt of gratitude. The American Relief Administration realizes this perhaps more than your own people do, for we have seen the efficiency and devotion displayed in your work at first hand. I should like to express to you both in the name of the A.R.A. and myself, personally, our hearty appreciation and thanks.

Four years later when Hoover was in Portland, the following statement appeared in The Oregon Journal, 23 August 1926, under the headline "Hoover Seeks Local Hero":

"There is one man in Portland that Hoover asked particularly to see again. He is George Repp, proprietor of a butcher shop at No. 774 Union Avenue. 'Repp is of German extraction, but he is really a Russian, or was until he became an American,' Hoover said. 'He left his butcher shop when Russia was in such a bad state and made up a relief fund among his people in this county. It was when the American Relief was extending help to those people of the Volga that Repp came to me in Washington. As soon as I saw his face I sent him right over. Why, those people over there worshipped him like a god. And when his work was done, he came back to his butcher shop.'" 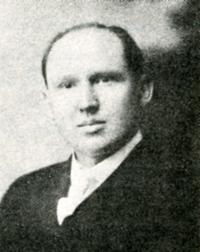 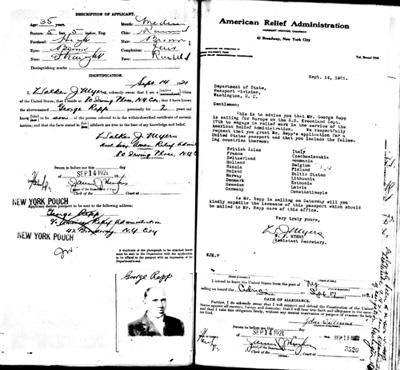