Pastor Zocher was a native of Dresden, Germany, born there in 1872. He came to the United States in 1890 to study for the ministry. He attended the University of the Pacific at San Jose, California, and became an American citizen on 9 September 1895. A few days later he married Barbara Lou Lindemeyer.

Pastor Zocher died in December 1944. Funeral services were held at the Second German Congregational Church in Portland with Pastor Hagelganz officiating. Vault interment was at Rose City Cemetery in Portland. 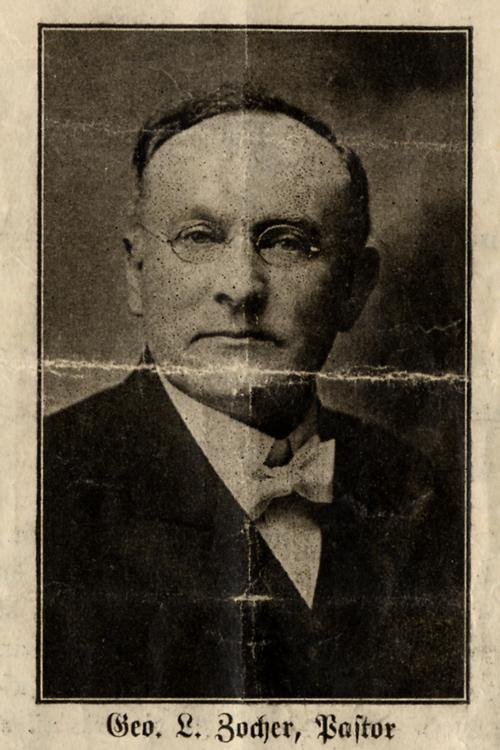