Johann Balthasar Busch (son of Hans Adam Busch and Anna Maria Busch) was born on 7 April 1719 in Michelbach am Heuchelberg, a village in the district of Heilbronn in Baden-Württemberg. Today this is part of the municipality of Zaberfeld.  He married Anna Margaretha Booser (daughter of Michael Booser) on 28 April 1750 in Sternenfels. a municipality in Enzkreis, Baden-Württemberg. They had 4 daughters born in Sternenfels:  Anna Catharina Busch born 3 Aug 1751; Anna Maria Agnes Busch born 1754; Sabina Catharina Busch born 22 Apr 1758; and Margaretha Busch born 11 Apr 1760. The baptim of the oldest son, Johannes Busch, was not found. He would have been born around 1746, so Johann Balthasar may have had another wife before Margaretha, however no records were found of a previous marriage.

The Busch family immigrated to Denmark, and arrived in Flensburg on 17 July 1761. They were still living in the Danish colonies on 7 January 1765.  They migrated to Russia and settled in the Volga German colony of Grimm. They do not appear on the Grimm First Settler's List, but are recorded in the 1775 census of Grimm in Households No. 67 and 73.  According to the Movement Tables in the 1798 Census, Johannes Busch and his family moved from Grimm to Enders in 1788. 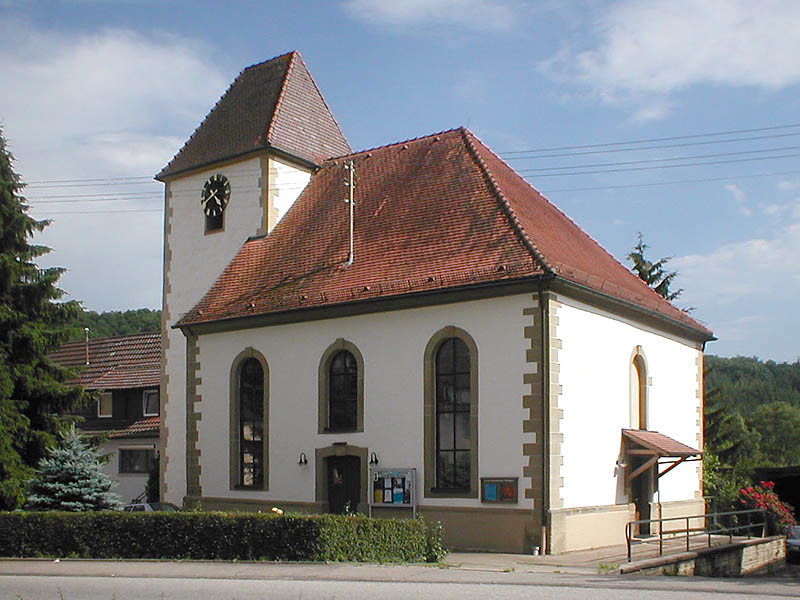 Church in Michelbach_am_Heuchelberg, image posted to Wikipedia by I, Bufu, CC BY-SA 2.5, https://commons.wikimedia.org/w/index.php?curid=2244525