Johann Peter Mohr, the son of Johann Nicolaus Mohr and his wife Maria Magdalena, was born in Ruschberg and baptized in the Reformed church in Baumholder on 13 Oct 1736.

Johann Peter married Anna Maria Margaretha Heinrich on 21 Jun 1763 in the Reformed church at Baumholder. At the time the same church building served the Catholic, Lutheran and Reformed congregations.

The Heinrich, Brun and Mohr families arrived in Oranienbaum, Russia (now Lomonosov) on 29 Jul 1766 aboard the transport ship Apollo under the command of Friedrich Detleff Mörenberg. Over a year later, these families were among the colonists that settled in the colony of Norka, arriving there on 26 Aug 1767.

History of the Baumholder Church (German) 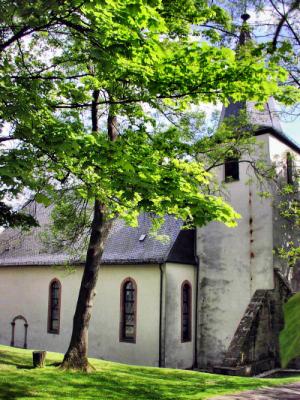