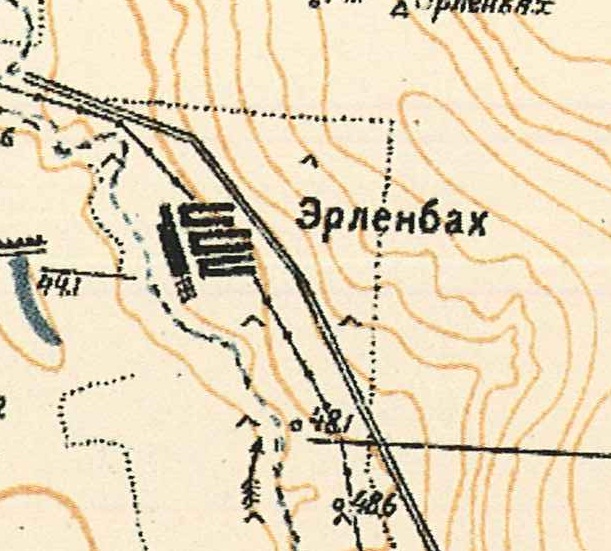 Erlenbach was a Lutheran colony and belonged to the parish headquartered in Gnadenflur .

Erlenbach was founded in 1840 by colonists from Basel (the Sander family), Meinhard , and Philippsfeld.  Erlenbach was located 29 kilometers northeast of Fedorovka on the right bank of the Mius River.