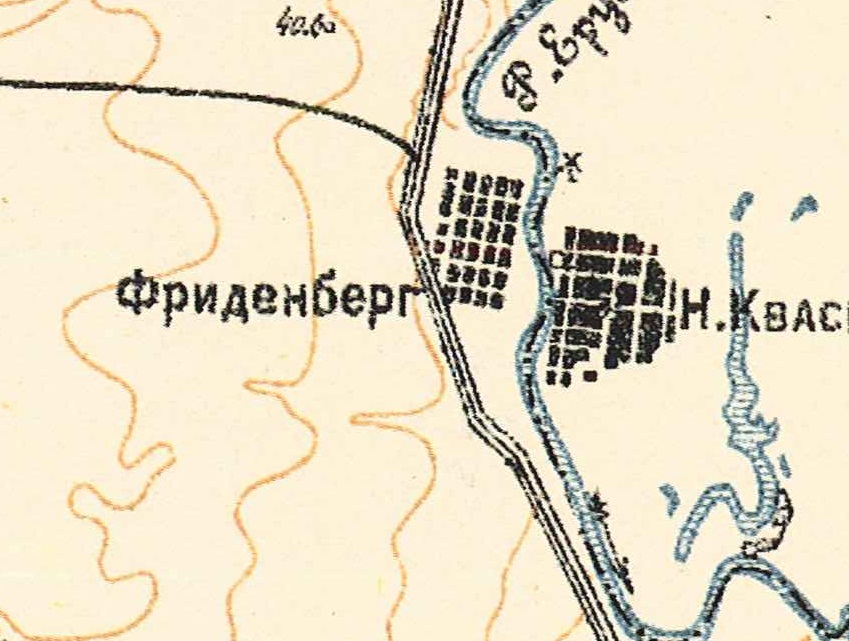 The congregation in Friedenberg was part of the parish located at Gnadentau where the pastor resides.

Friedenberg was founded as a Lutheran colony in 1860 on the right bank of the Jeruslan River by colonists resettling from Franzosen, Galka, Kraft, Stephan, Schwab, and Anton.

Following the 1941 Deportation, the village was renamed Mirnoye which means "peaceful."