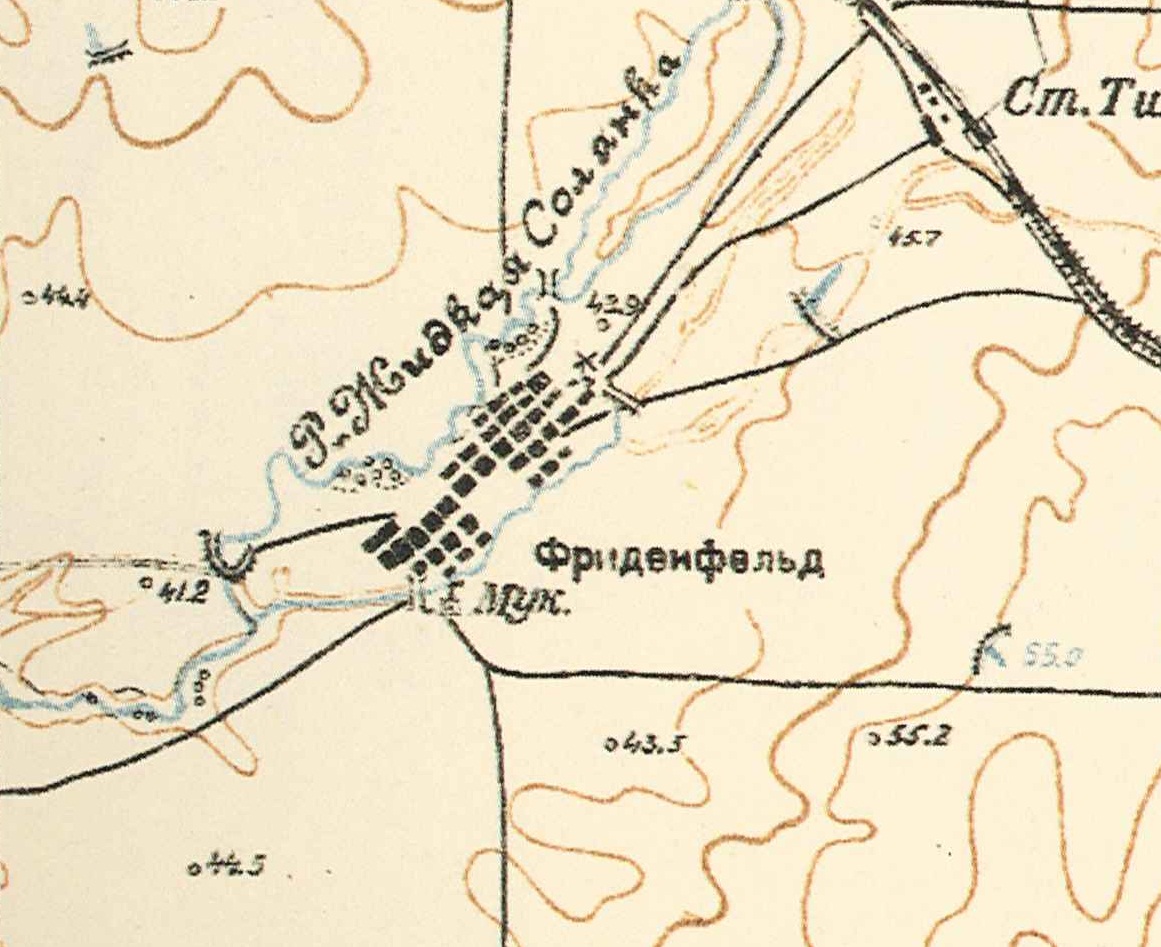 Friedenfeld was founded in 1855 by colonists relocating from Merkel, Dietel, Grimm, and Bauer.
After 1915, the colony was known as Biryuchye.