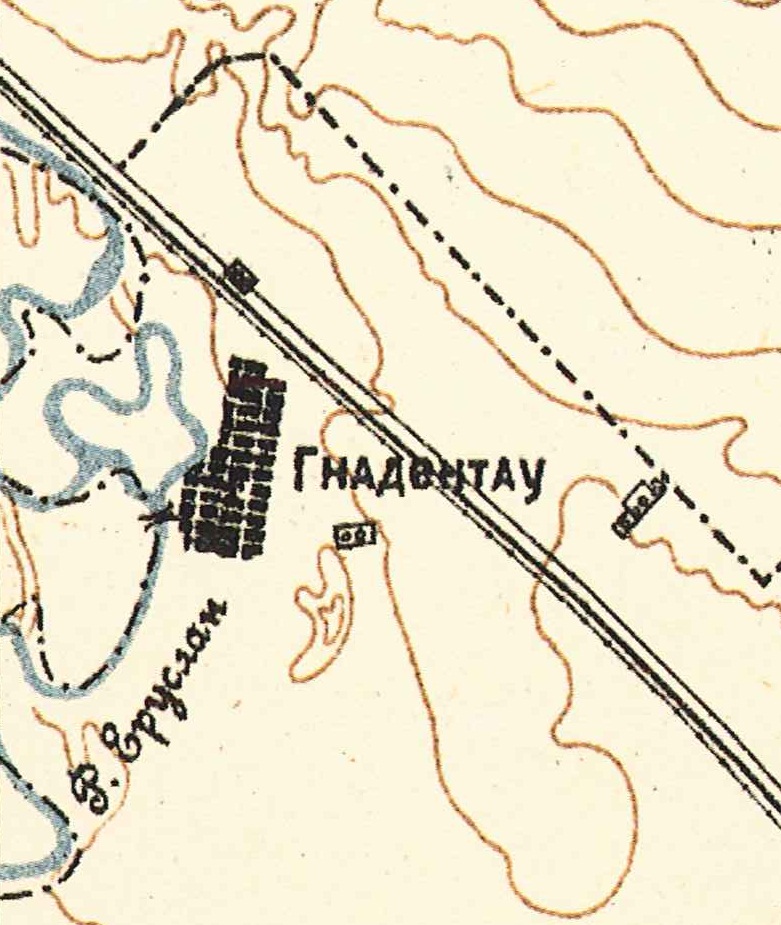 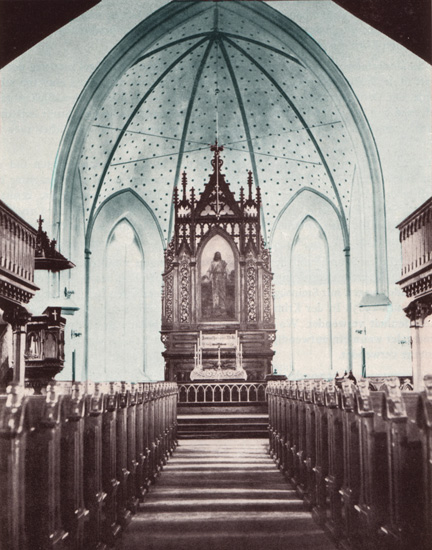 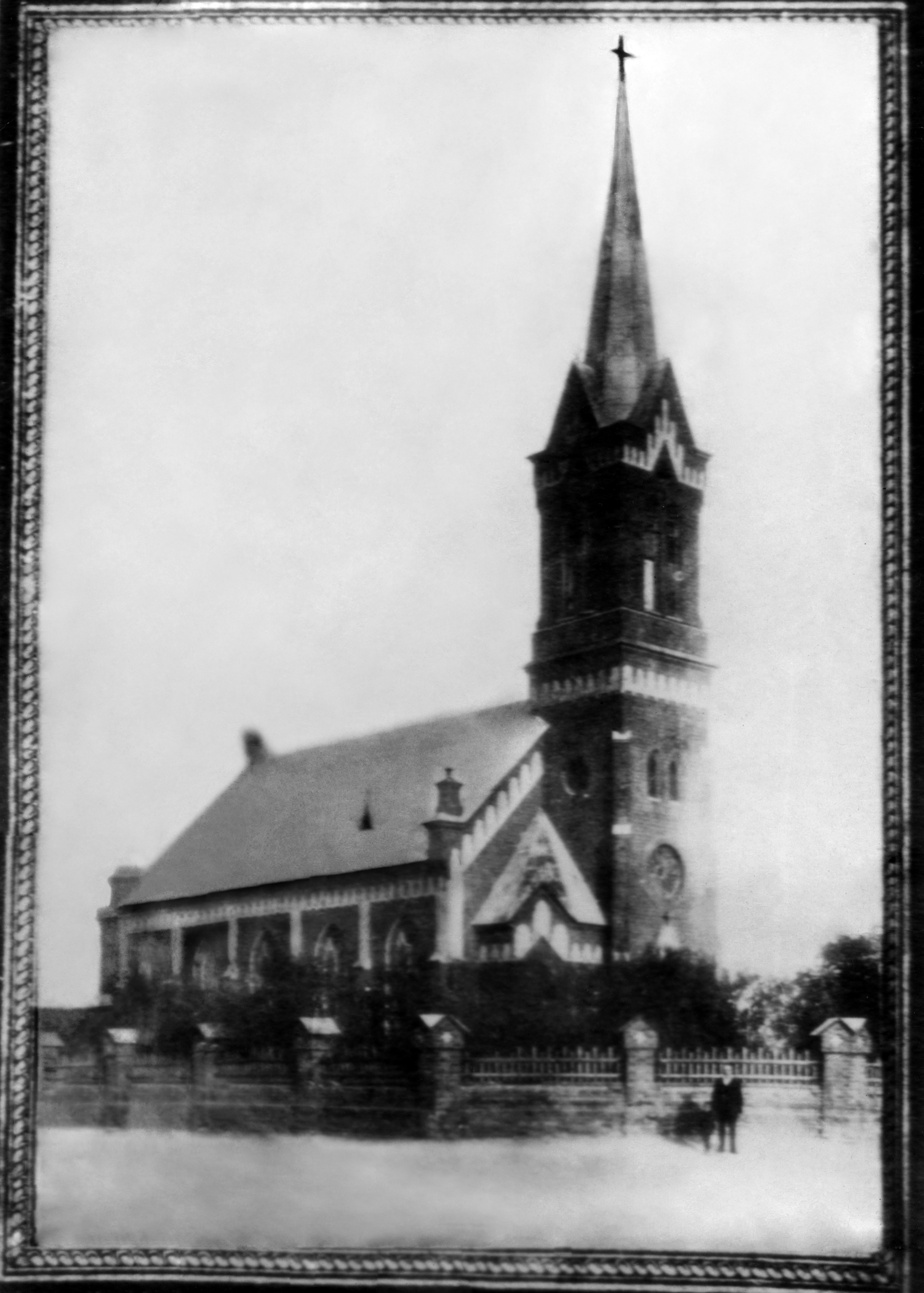 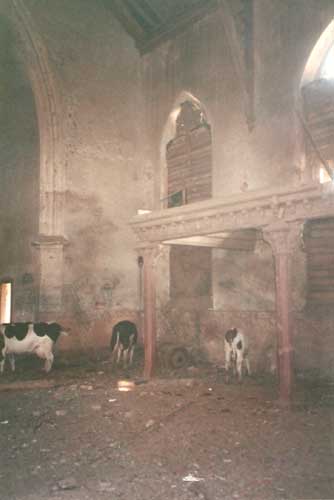 Gnadentau Church being used as a barn (1993). Photo courtesy of Bill Wiest. 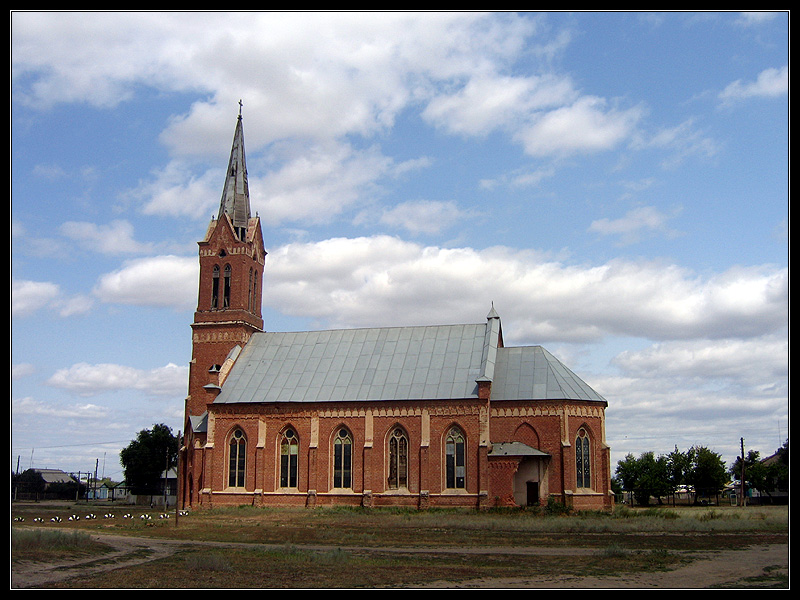 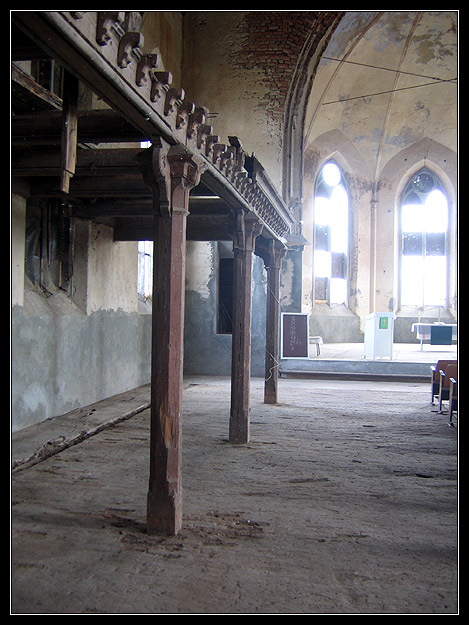 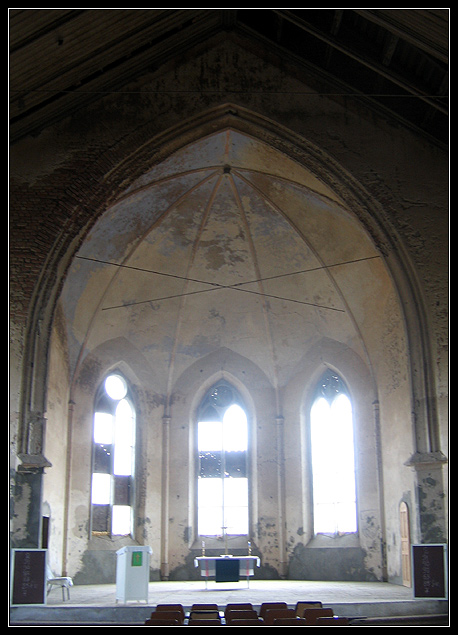 Gnadentau Lutheran Church interior, being used once again as a church. Courtesy of Alexander Bashkatov (2006). 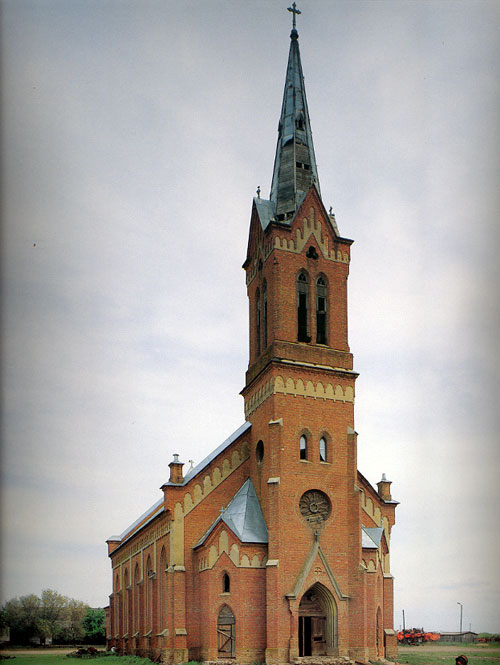 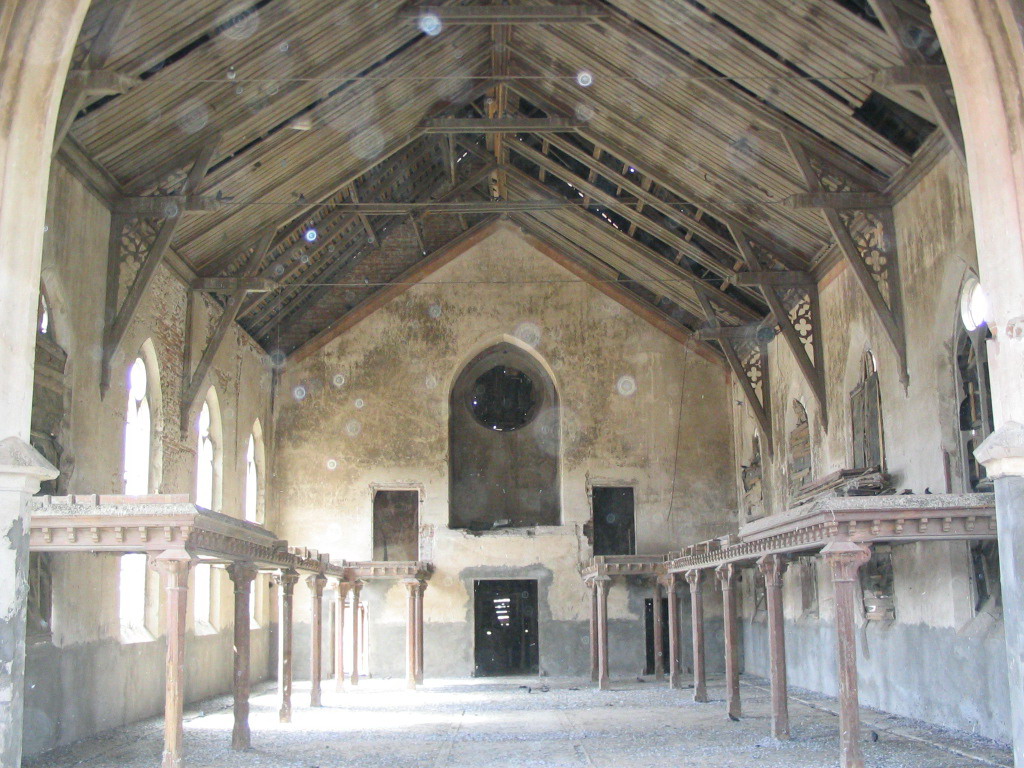 Since 1876, Gnadentau has been the headquarters of its own Lutheran parish. A brick church was constructed between 1884-1888.

The congregation was disbanded by the government in 1938. The building was then used as a granary and barn. Beginning on 29 October 2004, the church building was once again used to hold worship services. Restoration of the building continues.

Gnadentau was founded in 1860 as a Lutheran daughter colony by colonists resettling from Franzosen, Galka, Shcherbakovka, Stephan, Müller, Schwab, Dietel, Merkel, and Grimm.

By 1910, the colony had a Lutheran church, 2 schools - parochial and district, 1 creameries, and 3 windmills.