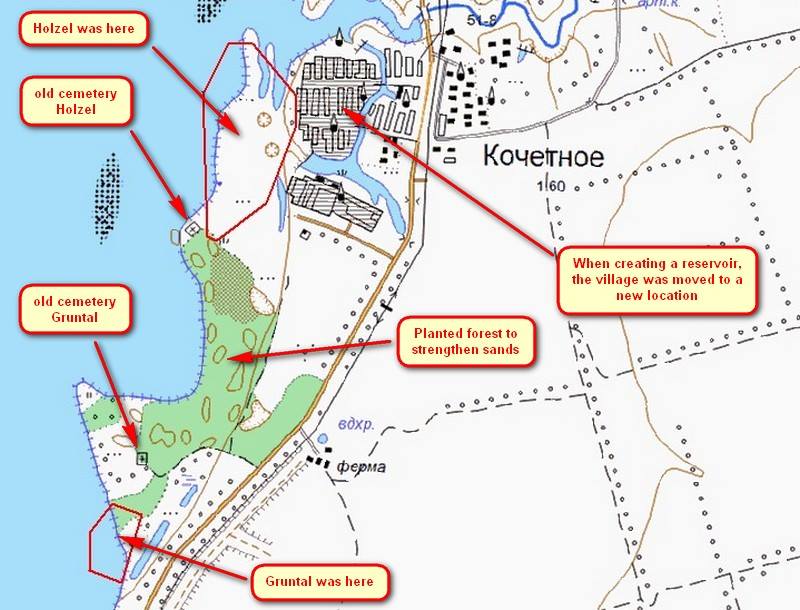 Map showing where Grüntal (lower left) was before the flooding by the Volga Reservoir in 1961. Source: Vladimir Kakorin.

This map overlays several maps that show the location of Grüntal (about a quarter of the way up from the bottom) before the inundation of the Volga Reservoir in 1961. Source: Vladimir Kakorin.
Type of Settlement
Daughter
History

Grüntal was a German village founded on the left bank of the Volga River, 75 kilometers south of Engels , between Hölzel and Neu-Warenburg .

When the Volgograd (formerly Stalingrad) Hydroelectric Power Station was completed in 1961, the colony of Grüntal was covered by the waters of the resulting Volga Reservoir. The map shows where it used to be.