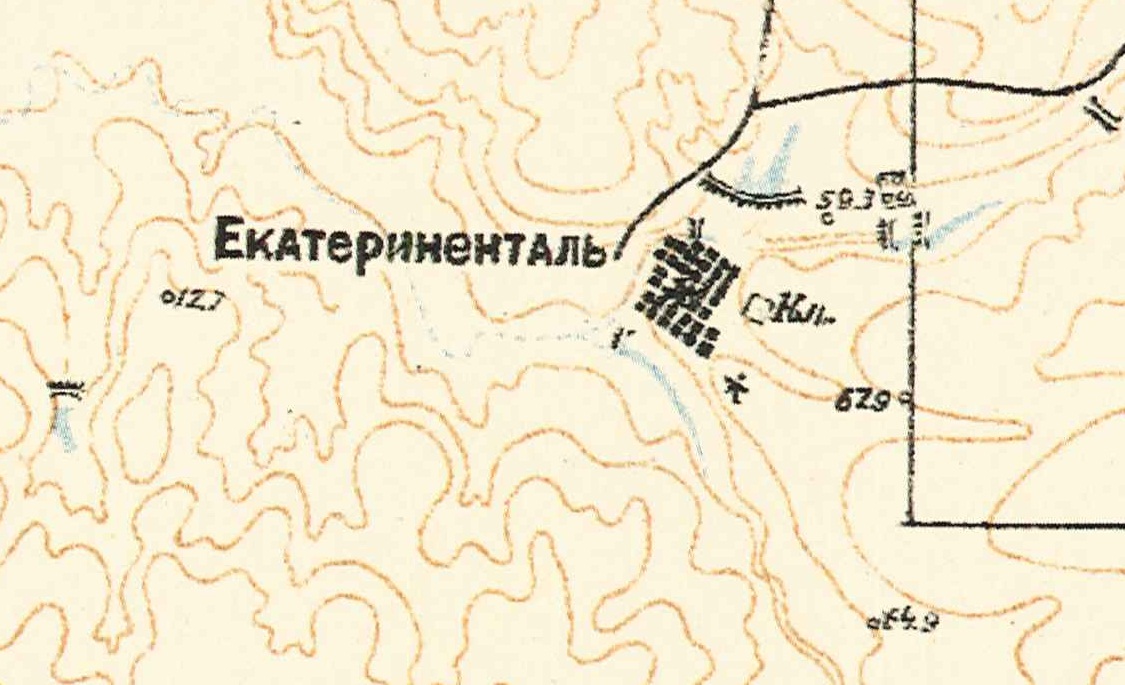 Katharinental is a Lutheran daughter colony founded in 1860 by colonists resettling from Neu-Straub . It is 18 kilometers east-northeast of Krasny-Kut.