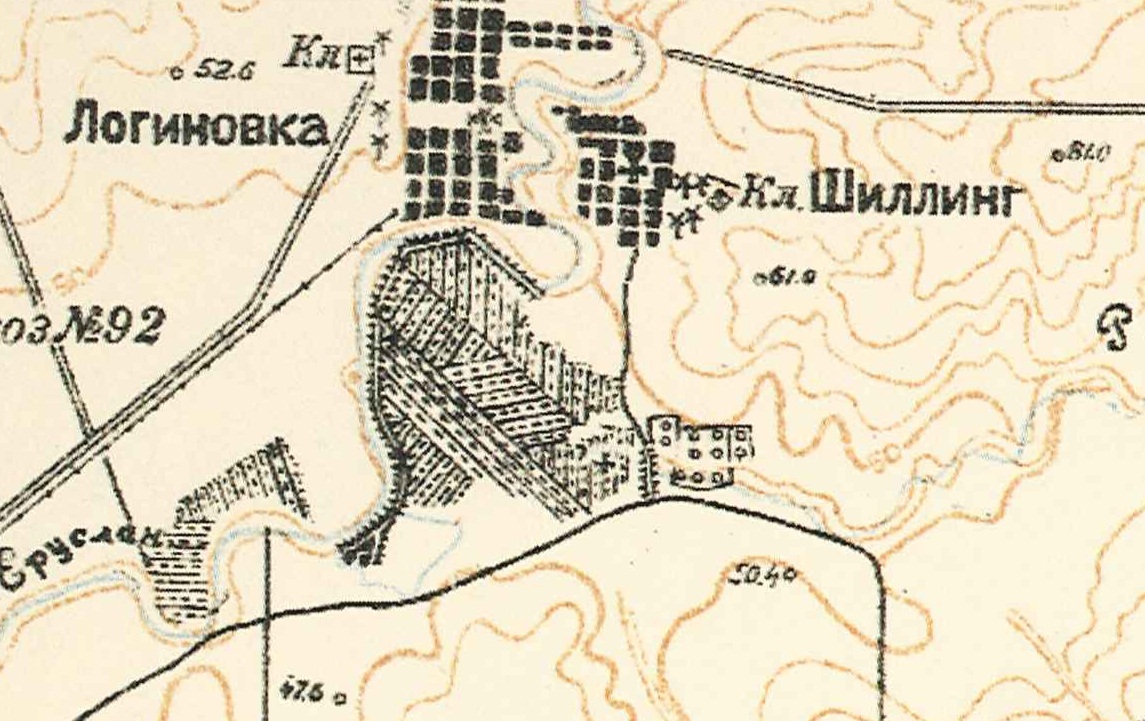 Konstantinovka was founded in 1859 by Lutheran colonists from Schilling, Jost, Merkel, Dönhof, Kutter  and Moor.
Konstantinovia is located along the Yeruslan River, directly across the river from Logniovka, 9 kilometers from Krasny-Kut.

Map of the collectives of the Volga German Republic (1938).

How Many Schillings Are There? (Gary Martens)
Schilling (wolgadeutsche.net) - in Russian LDS International Film #2379339 lists (in Russian) colonists resettling from Dönhof, Jost, Merkel, Moor  and Schilling to Konstantinovka.