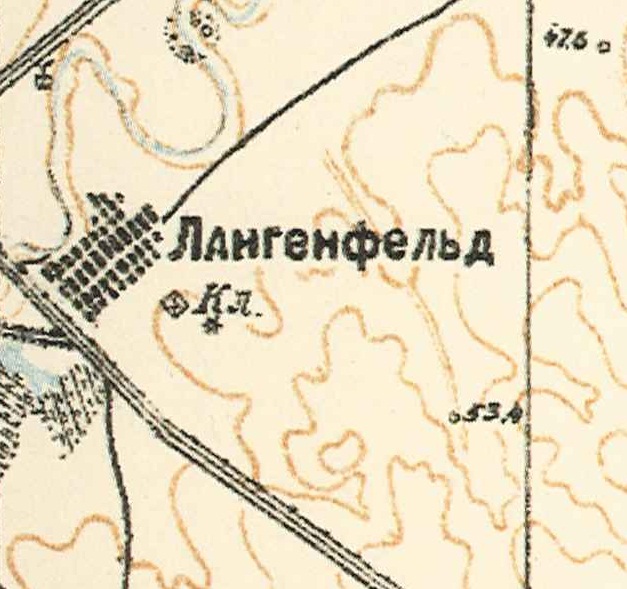 The original settlers in Langenfeld were Lutheran.

Langenfeld was founded in 1859 across the river to the east from Krasny-Kut by Lutheran colonists resettling from Walter, Frank, Shcherbakovka, Dietel, Hussenbach, Huck, Kolb and Norka . After 1915, Langenfeld was known by the Russian name Krestnyi which means godfather.