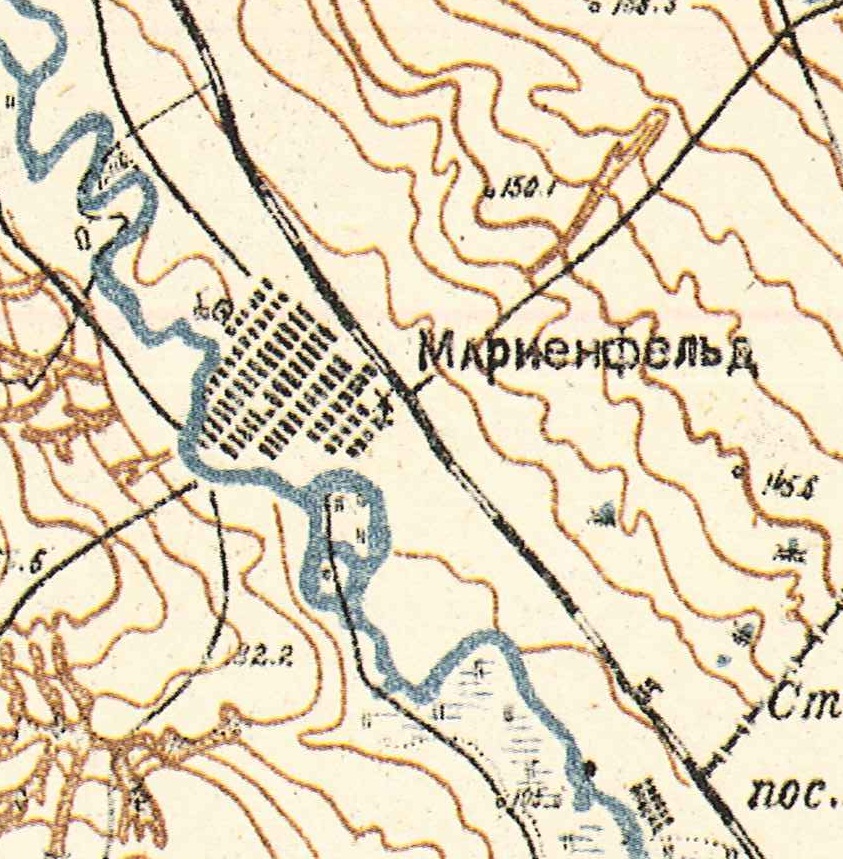 Marienfeld was founded as a Roman Catholic colony. Saint Rochus Catholic Church was constructed in Marienfeld. It was destroyed in 1918 during the burning of Marienfeld by the Bolshevik army.

Marienfeld was founded in 1852 as a Roman Catholic colony.
During the Bolshevik revolution in the Summer of 1918, a call went out to the farmers of the Volga colonies in the area of Marienfeld to join in defense against the approaching Bolshevik army. They did manage to capture a passing train, but were soon overpowered by the Bolshevik army approaching from the south. The farmers were overcome by the army, and the colony of Marienfeld was torched by the "Reds" (Bolsheviks) in 1918.