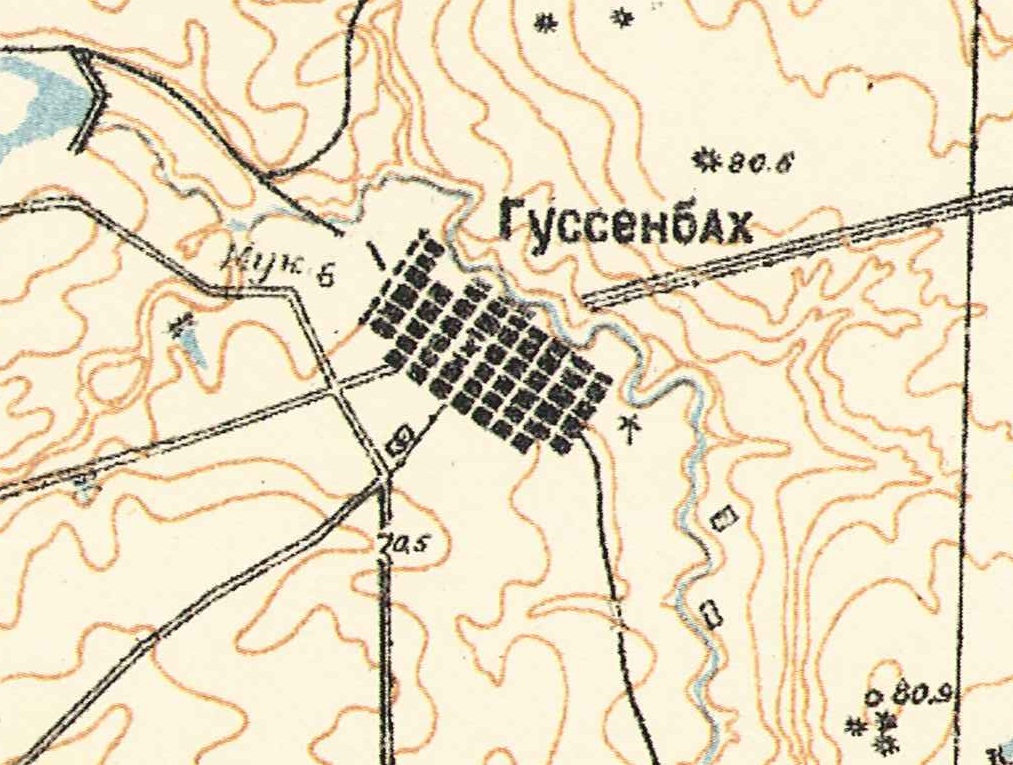 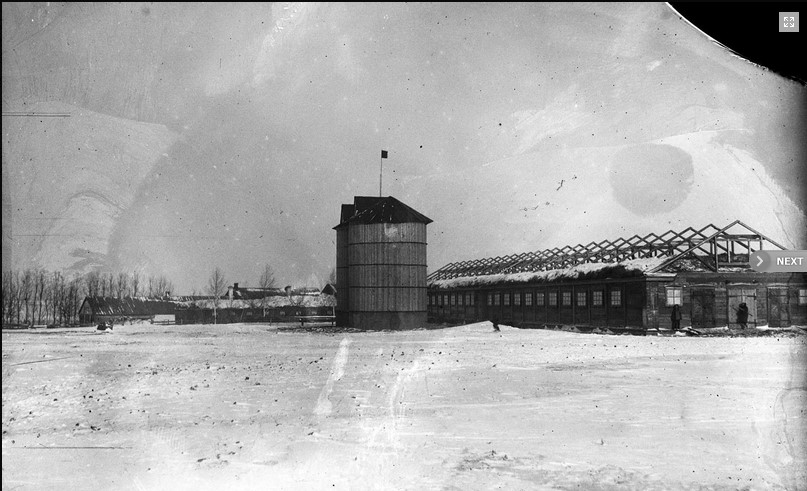 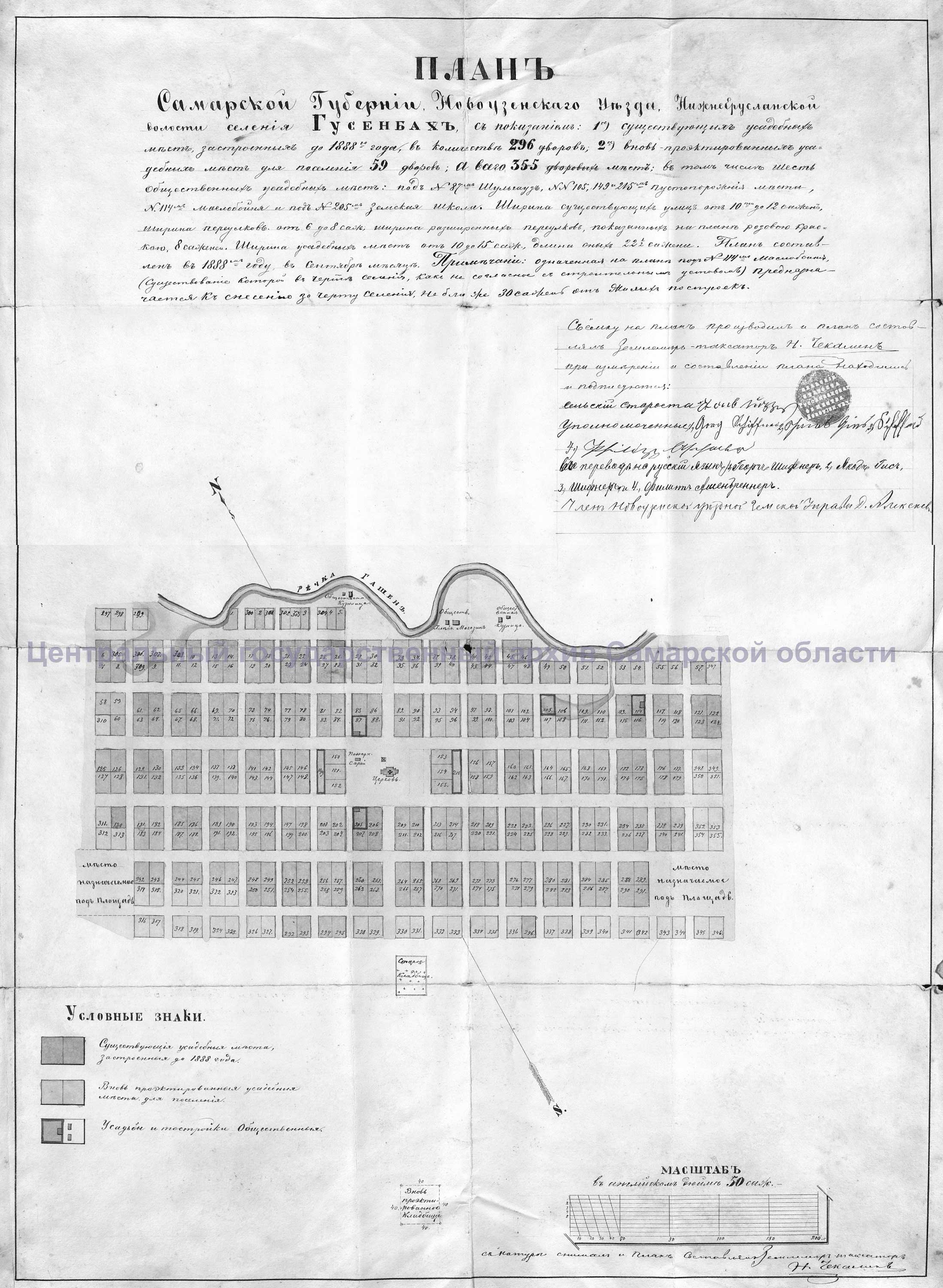 As of 1910 there was a Lutheran church in Neu-Hussenbach.  The congregation there was part of the parish headquartered in Brunnental which is where the pastor resided.

Neu-Hussenbach was founded as a Lutheran colony in 1860 by colonists from Hussenbach, Dietel, Huck, Norka and Grimm.  It was located along the Gashon River from which its Russian name was taken.

List of the Populated Places of the Samara Province . Samara, Russia, 1910.