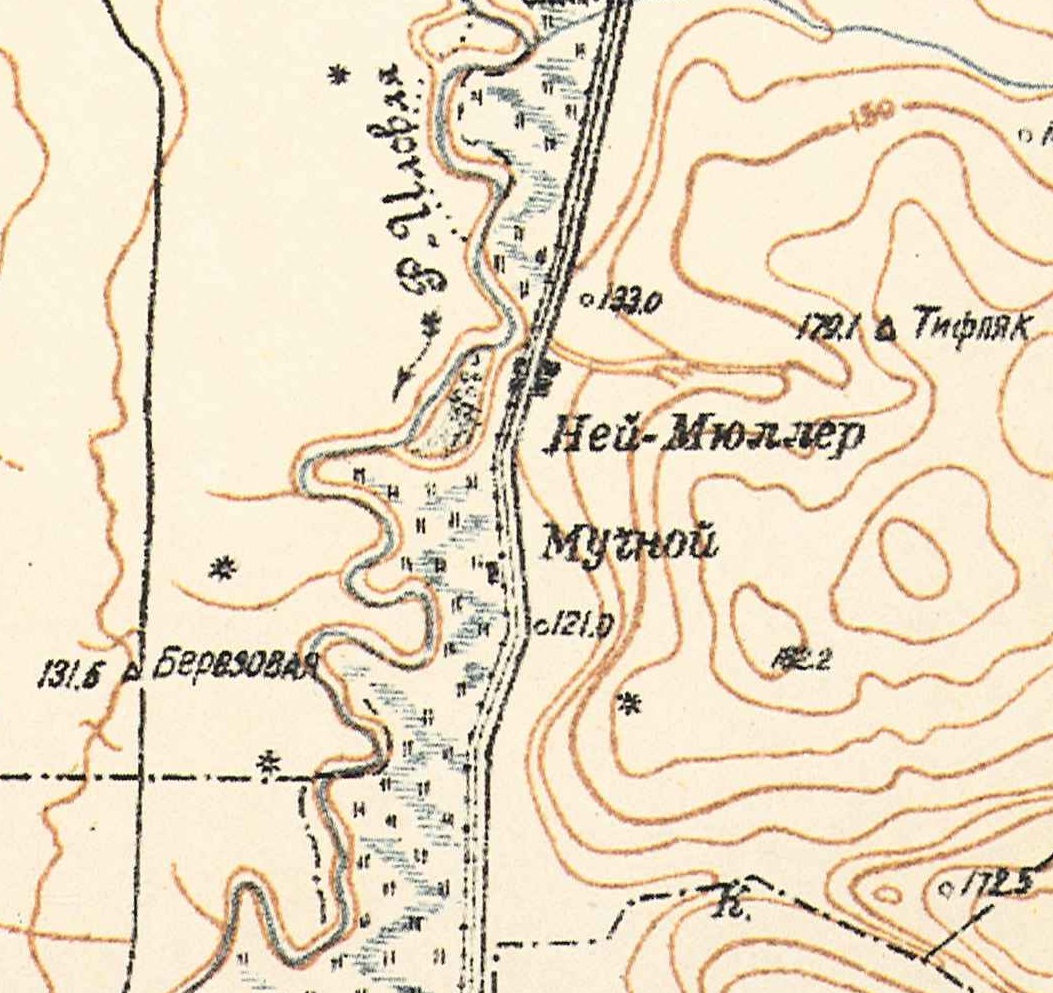 Neu-Müller was located between Göbel and Neu-Norka on the Bergseite.  It was founded in the 1860s by Lutheran colonists resettling from Stephan and Müller.

This colony is no longer inhabited and little remains to indicate that it ever existed.