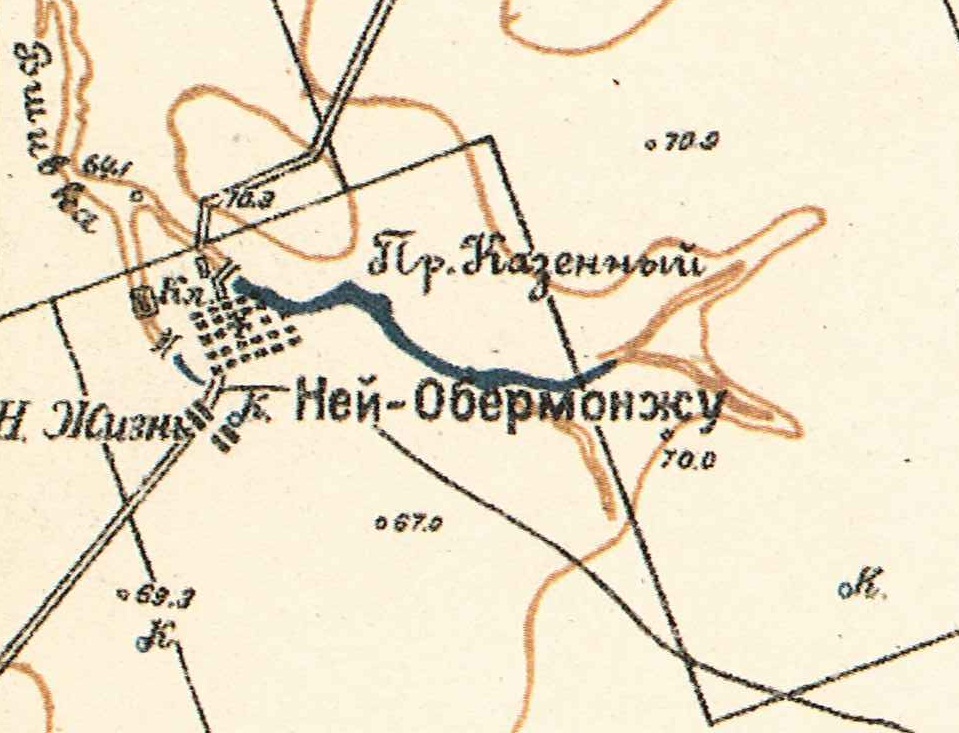 The colony had both a Catholic church and a school as of 1910.  The congregation was named in honor of St. Anthony.  The congregation in Neu-Ober-Monjou belonged to the headquarters parish of Liebental where the priest was resident.

Neu-Ober-Monjou was a Catholic daughter colony founded in 1859 in Samara Province, Kanton Mariental.  Neu-Ober-Munjou was established to provide additional farmland for families from the colonies of Ober- Monjou, Katharinenstadt and Beauregard.  The colony's name was taken from Ober-Monjou, the original colony from which came the largest number of resettlers.