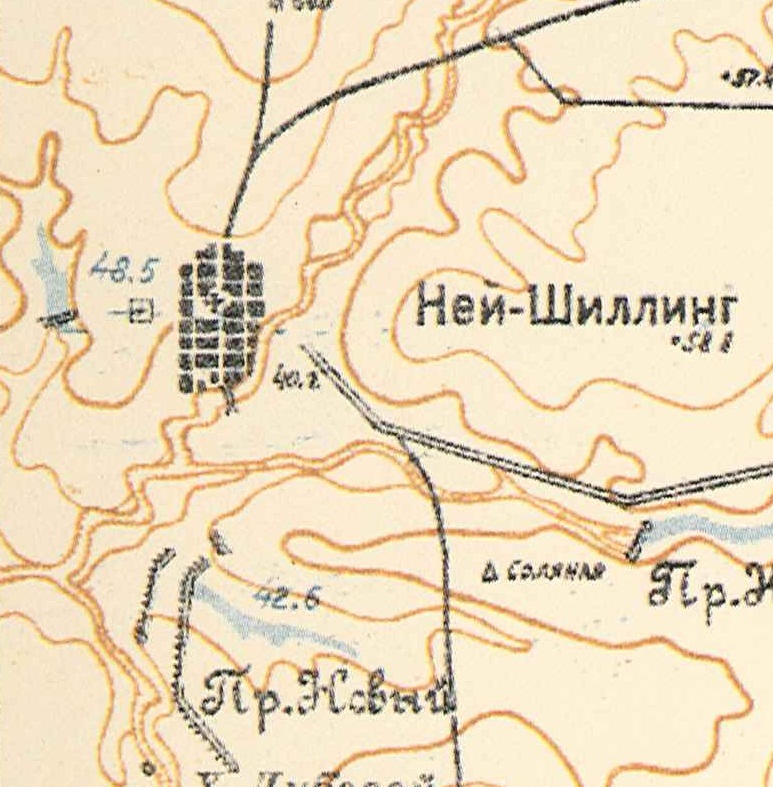 The Lutheran congregation in Neu-Schilling was served by the parish in Eckheim where there was a resident pastor.

Neu-Schilling was founded as a Lutheran colony in 1855 by colonists resettling from Schilling.  It was located 153 kilometers southeast of Saratov and was part of the Friedenfeld parish.

Neu-Schilling no longer exists.  The documents accompanying the 1934 Map of the Volga Germans (reprinted in 1997) incorrectly identifies it as the current village of Kostyantinivka.

History of the Village of Schilling and the Daughter Colonies (Gary Martens)
Neu-Schilling (wolgadeutsche.net) - in Russian