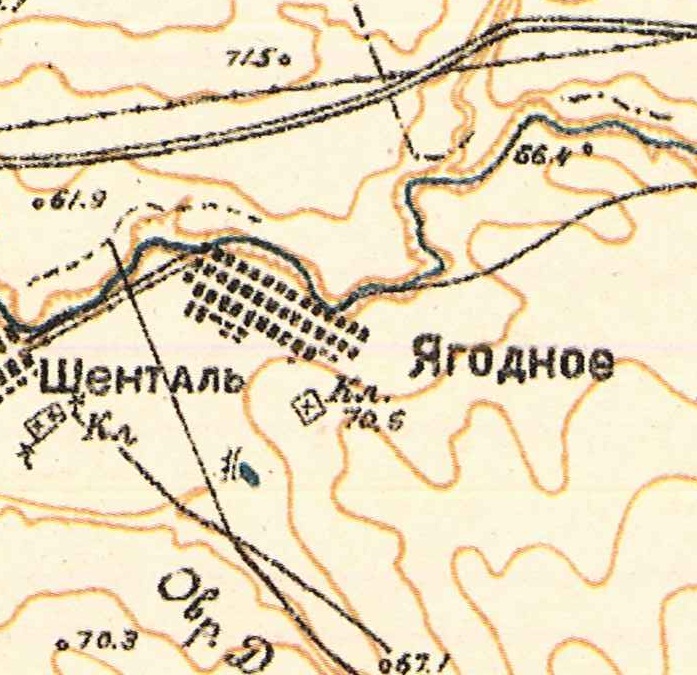 Neu-Jagodnaya was a Lutheran colony.

Neu-Yagodnaya-Polyana (New Berry Meadow) was founded on the Jeruslan River in the Samara province about 65 miles southeast of Saratov in 1855 by colonists primarily from Yagodnaya Polyana.  George Kromm stated that 1,620 had gone to Neu-Yagodnaya-Polyana from Yagodnaya Polyana.  The other daughter colonies located nearby were Schöntal, Schönfeld and Schöndorf.  Like its mother colony, Neu-Yagodnaya was a Lutheran village and was probably served by the Lutheran pastor of Schöntal, if there was one.

There was much social interaction (visiting relatives, marrying, etc.) between the Volga German colonies located on the Jerusulan River and their mother colonies over 100 miles away.
People earned a living by farming wheat, rye, and oats along with animal husbandry of cows, horses, camels (yes, camels!) sheep, geese, ducks and chickens.  Certain trades appeared such as cobbler, miller, blacksmith, cabinetmaker, teacher, shopkeeper and saloonkeeper.