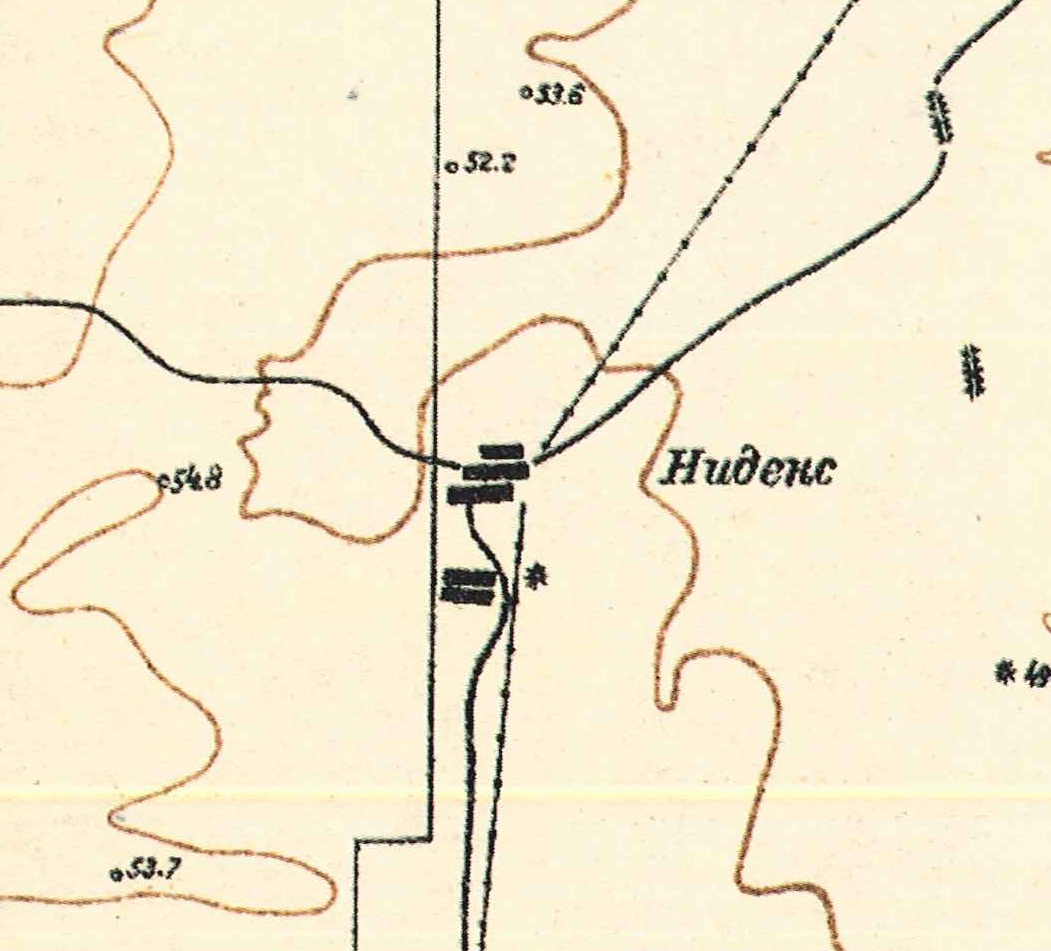 There was not a church in Niedens.

Niedens was located 15 kilometers southeast of the railroad station at Gmelinskaya. It was not an official daughter colony, but a khutor (farmstead).  Following the collectivization of the early Soviet era, it grew to became a rather large Collective Farm.