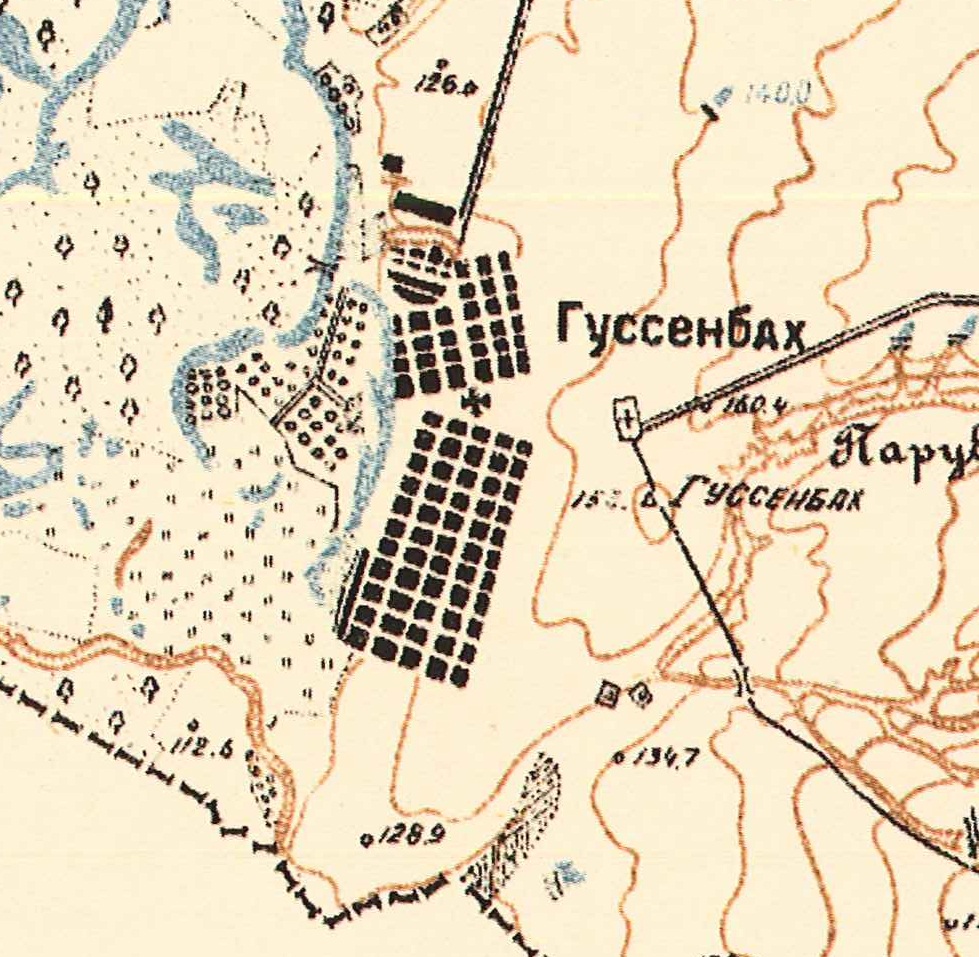 Map showing Propp, the cluster of buildings on the north end of Hussenbach (1935).
Type of Settlement
Daughter
History

Propp was a khutor (farmstead) located just north of Hussenbach.  It was actually the private estate of Jakob Propp (son of Philipp Propp) and his family.  It had been purchased from Prince N.N. Garagin in 1908 by Herr Propp who was living in St. Petersburg at the time, managing the St. Petersburg branch of the Schmidt Brothers industries.  It was 32 desyatinas in size and included an orchard and landscaped gardens.  Herr Propp was well-known horiculturalist and developed number of new varieties of fruits and berries.  The Propp family spent summers on the estate.

Following the Bolshevik Revolution of February 1917, the Propp family returned from St. Petersburg to the estate permanently and Jakob died there in March 1919.  During the first New Economic Plan, the agricultural operation was diversified with butter and apples becoming the major commodities generated by the farm.  On 20 December 1929, the "town" ceased to exist when Anna Propp, Jakob's widow, was evicted from the farm, all property and equipment confiscated, and its operations transferred to the Hussenbach collective.