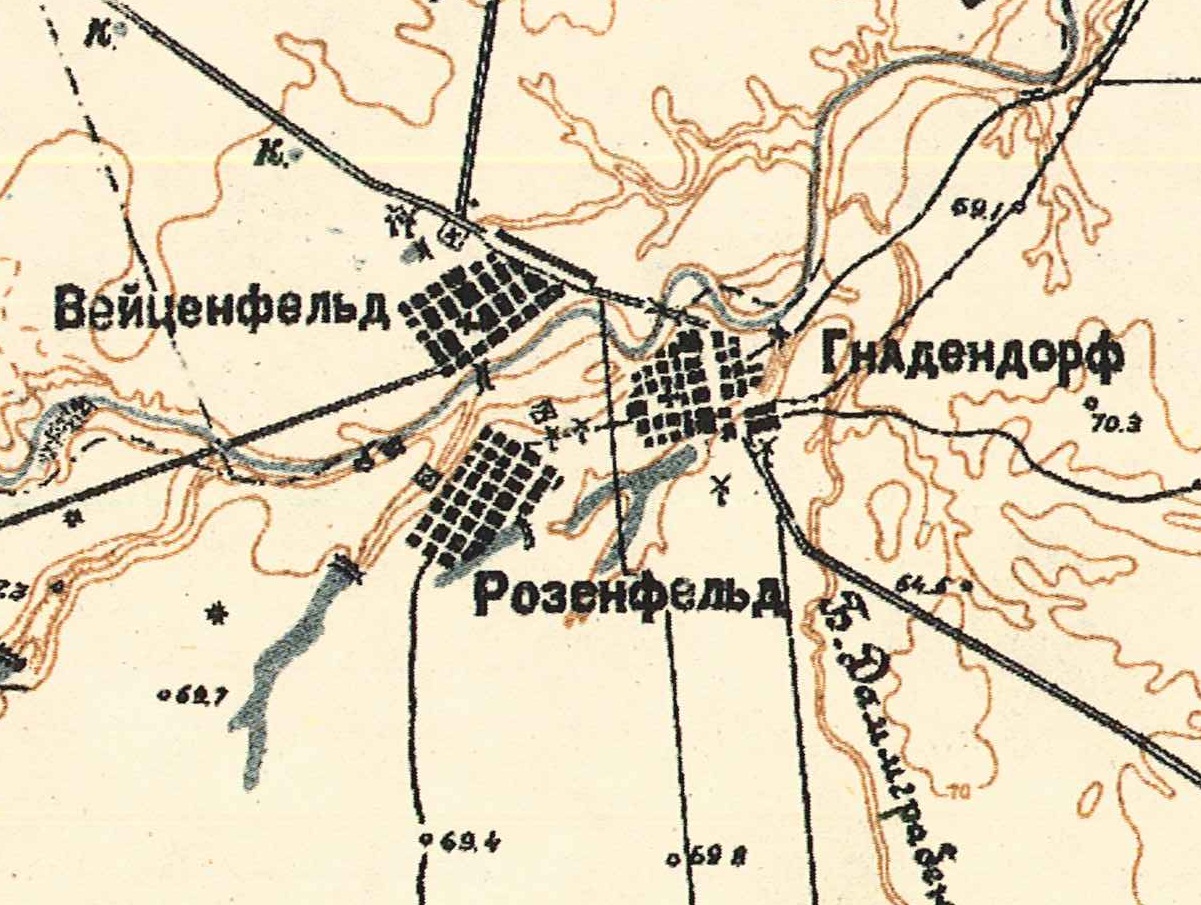 Map showing Rosenfeld in the lower left of the cluster (1935). 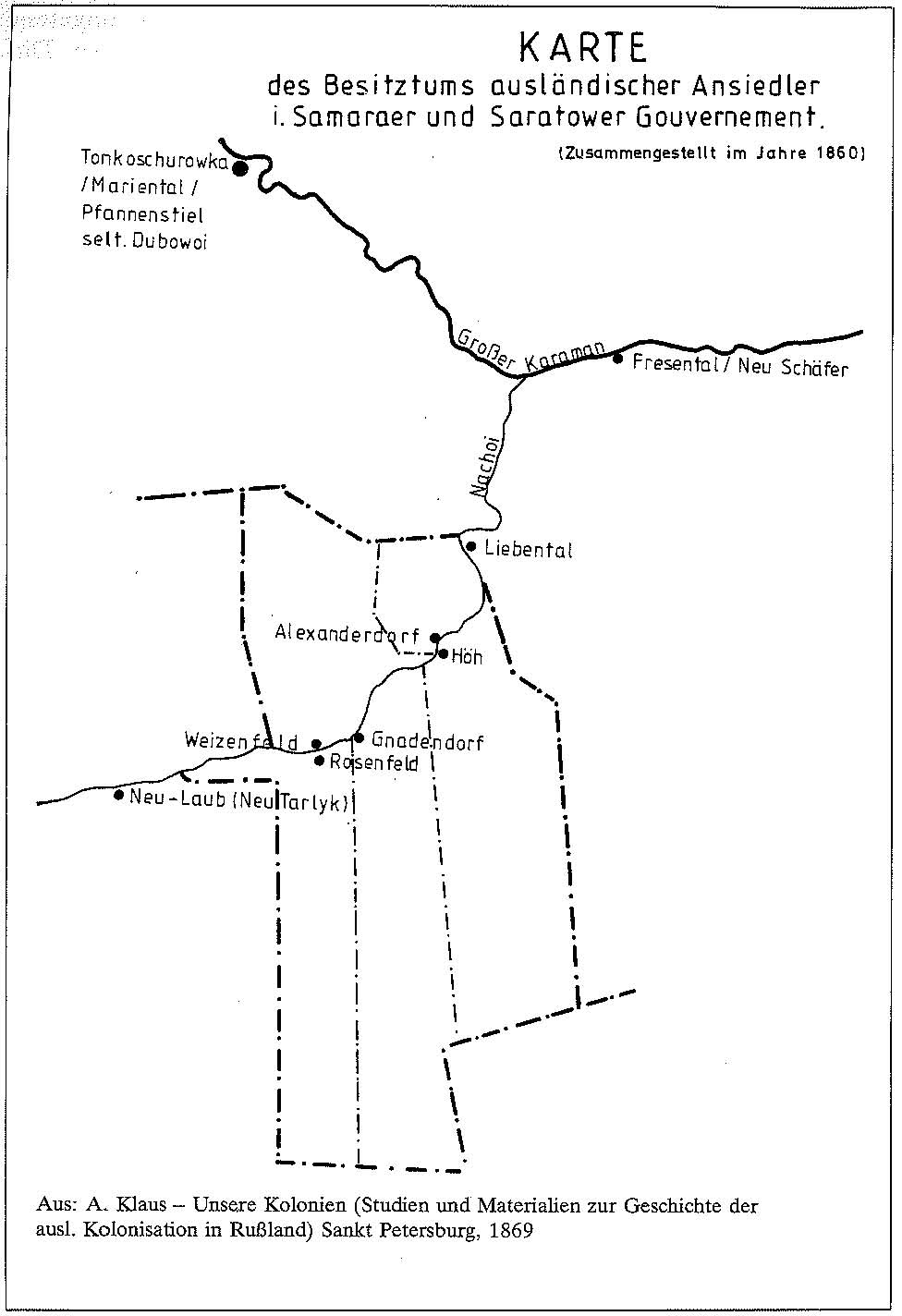 The congregation in Rosenfeld am Nachoi was part of the Lutheran parish headquartered in Weizenfeld.

Rosenfeld was founded in 1859 along the Nachoi River as a Lutheran colony.  As of 1910, there were a Lutheran church, a school, and three windmills in the colony.

Because of their proximity, Rosenfeld and Gnadendorf were merged into one settlement during the Soviet era.