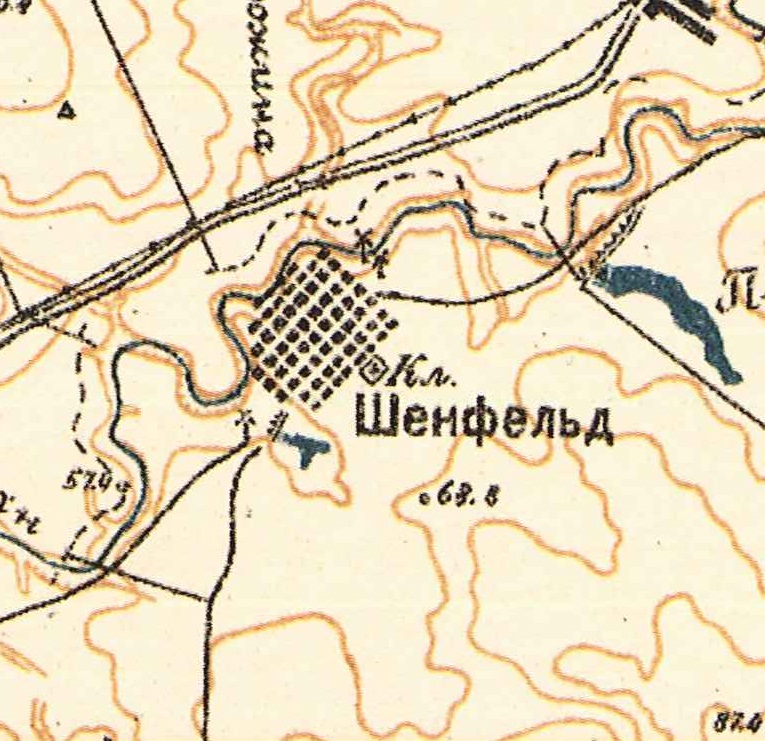 Schönfeld was a Lutheran colony.

Schönfeld was founded in along the Jeruslan River in 1858 as a Lutheran colony by 521 resettlers from the colony of Pobochnaya .

After the 1941 deportation, the village became known as Polyanka.  Today there is not much remaining of this village.