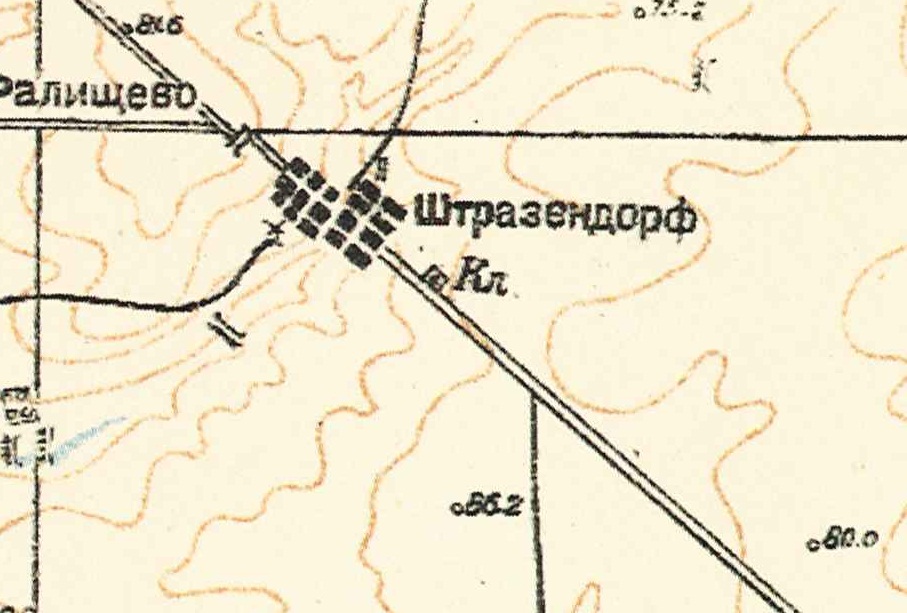 Strassendorf was founded in 1855 by colonists resettling from Yagodnaya Polyana and Pobochnaya. Over time, colonists from the neighboring daughter colonies of Schönfeld and Schöndorf also moved to Strassendorf.  It was a Lutheran colony.

During the post-1941 Soviet era, this village was abandoned and nothing remains there.

Map of the collectives of the Volga German Republic (1938).