The First Settlers Lists (FSL) are an an important resource for Volga German genealogy research.  It can be frustrating when you discover that your ancestor does not seem to be on those lists.  One possibility to consider is that your ancestor is on the FSL, but listed under a different surname.

The Kempel (Kembel) and Rutt (Ruth) surnames are common in the village of Kolb.  However, there are no families with the Kempel or Rutt surname on the Kolb FSL. Johann Georg Kempel, Anna Margaretha Rutt, and Johann Michael Rutt seem to appear for the first time in the 1798 Census.  Various researchers had attempted to connect these individuals to the Kempel family in Moor, the Kempel family in Huck, or the Rutt family in Balzer, but the fact is that those Huck, Balzer, and Moor families have no connection to the individuals who are reported on the Kolb 1798 Census.

Most of the families who settled in Kolb are on the same ship in the Kulberg Lists. That ship includes a Johannes Kempel family and a Christian Rutt (mispelled "Roth") family. Those Kempel and Rutt families have children whose names and ages match the Kempel and Rutt individuals who appear on the 1798 Census.  It seems clear that the children on the Kulberg List survived and settled in Kolb. Then why aren't they reported on the FSL?

By comparing the members of each family as reported on the Kulberg List to the members of each family as reported on the Kolb FSL, I could see a possible explanation. On the Kolb FSL, the household of Christian Reuber has a extra child - Johann Georg - who wasn't in that household on the Kulberg list. The household of Albrecht Yuckert has two extra children - Anna Margaretha and Johann Michael - who weren't in his household on the Kulberg List. There were many deaths during the long trip from St. Petersburg to the Volga settlement area.  My theory was that the father of the Kempel children died, the father of the Rutt children died, and their widows had married Christian Reuber and Albrecht Yuckert respectively.   But how would I prove this?

We know from the 1798 Census that Christian Reuber's wife was named Anna Clara Roth, and from the same census we know that Albrecht Yuckert's wife was named Anna Barbara Adler. If I could find German church records that report a Johannes Kempel married to an Anna Clara Roth, and a Christian Rutt married to an Anna Barbara Adler, that would prove my theory. But I didn’t know what town they came from in Germany.

On the Kulberg List, the next entry after the Rutt family is an Adler family who also settled in Kolb. I wondered if there was a relationship between that Adler family and Anna Barbara Adler. The origin location of the Adler family had already been documented to be Gründau. I started looking at parishes near Gründau, and eventually I found the Rutt and Kempel families in the parish records of nearby Rückingen. The names and birth years of the children and the maiden names of the wives matched up perfectly with what I was hoping to find.  Further research revealed that Anna Barbara Adler was the daughter of Anna Maria Adler, and that several other families from the same village also migrated to Russia.

Lessons to be learned from this example: 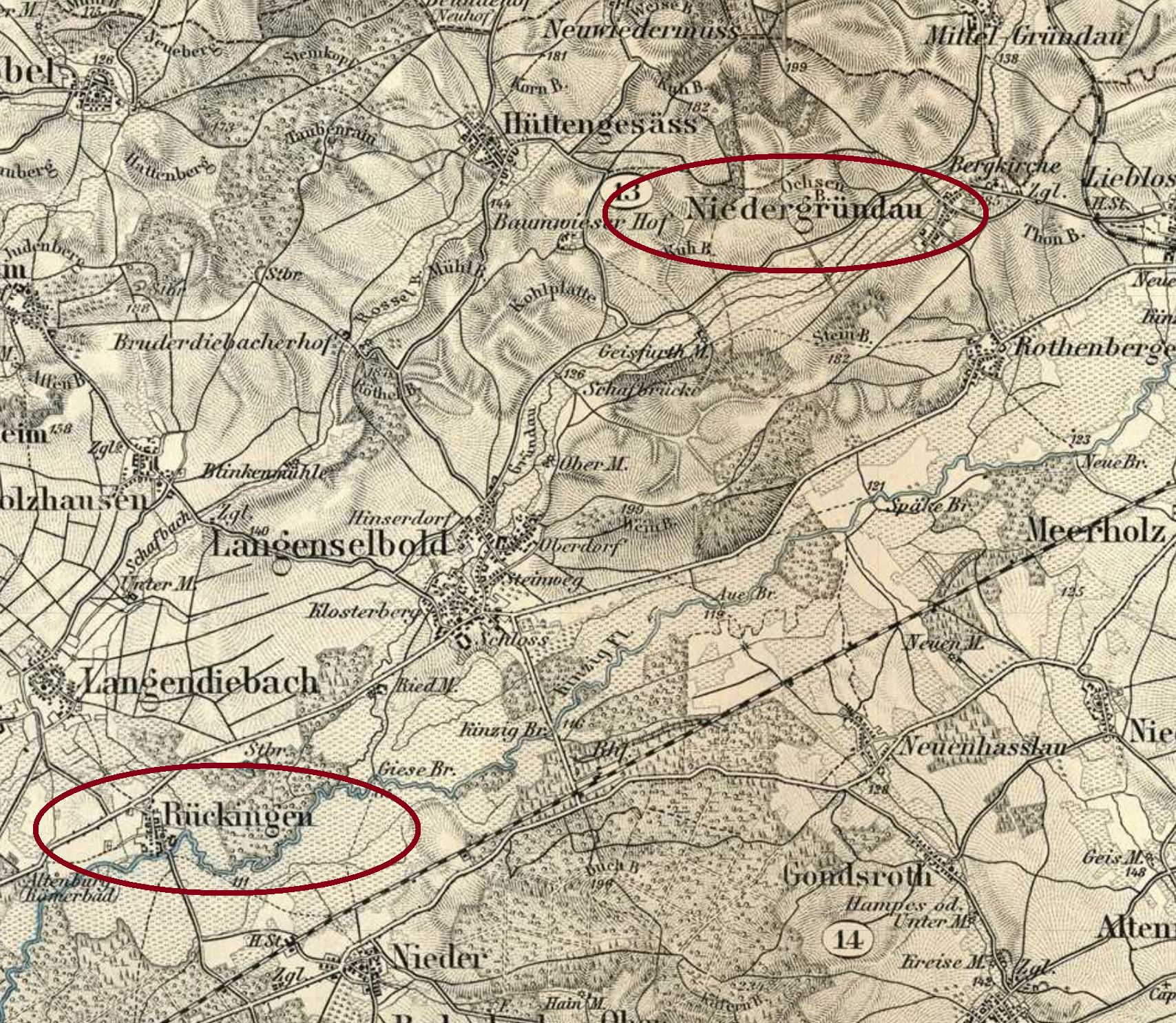