Caspar Boll and his wife Ursula arrived in Russia with six children. The baptisms of five of those children are recorded in the records of the Protestant Reformed Church of Weidenthal: Conrad, born 30 April, baptized 4 May 1749; Catharina Margaretha, born 19 February, baptized 22 February 1752; Daniel, born and baptized 16 June 1754; Anna Maria, born 22 January, baptized 23 January 1757; and Johann Jacob, born 3 June and baptized 6 June 1762.  Caspar and Ursula's marriage and the baptism of their oldest child (Catharina) were not found in the Weidenthal records.

According to the movement tables in the 1798 Census, Johann Heinrich Bohl moved from Huck to Reinwald. 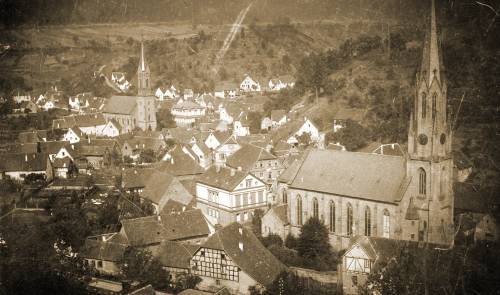