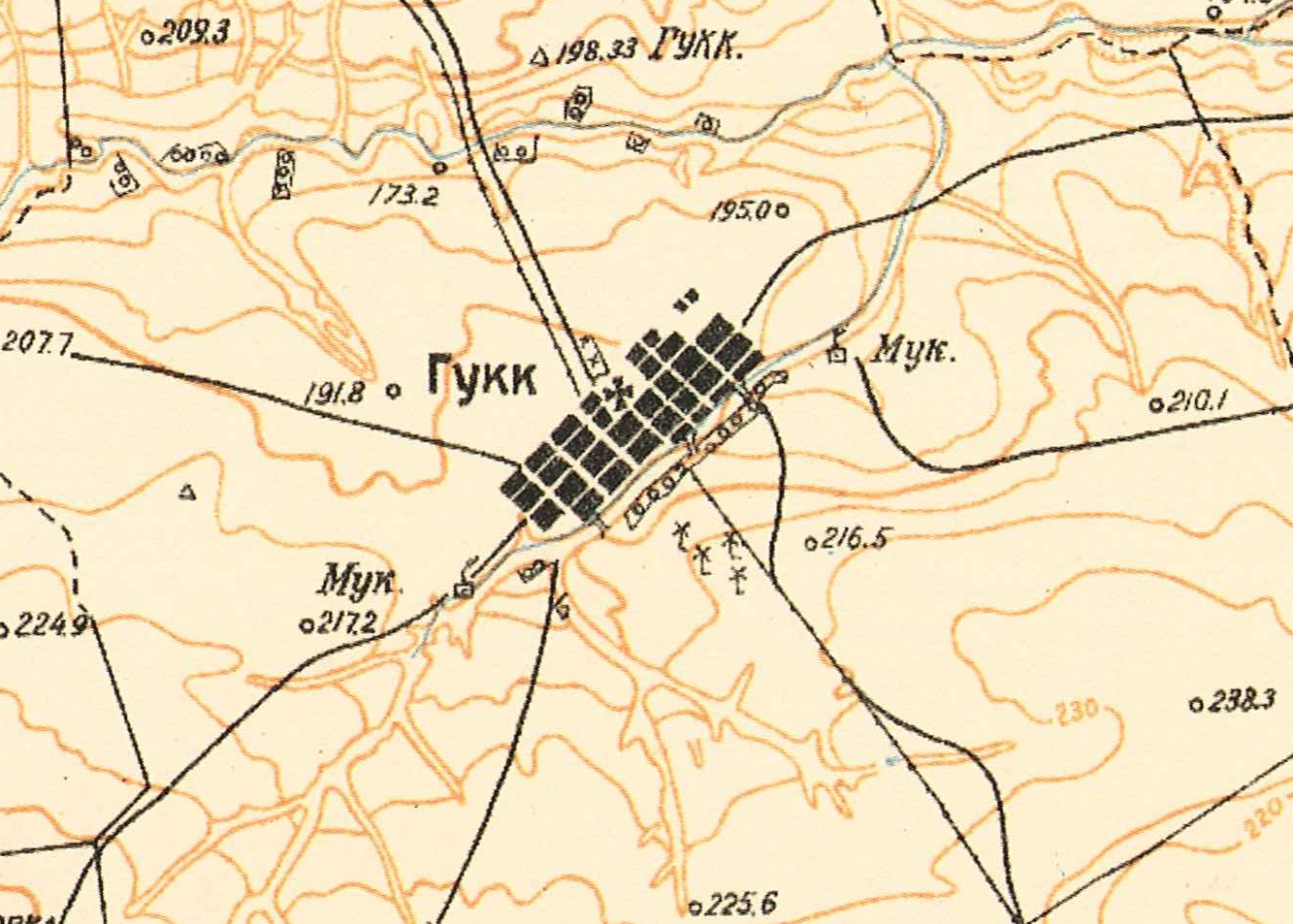 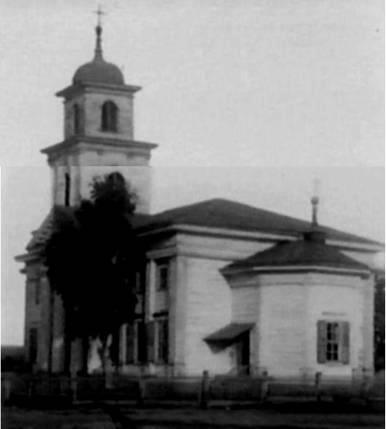 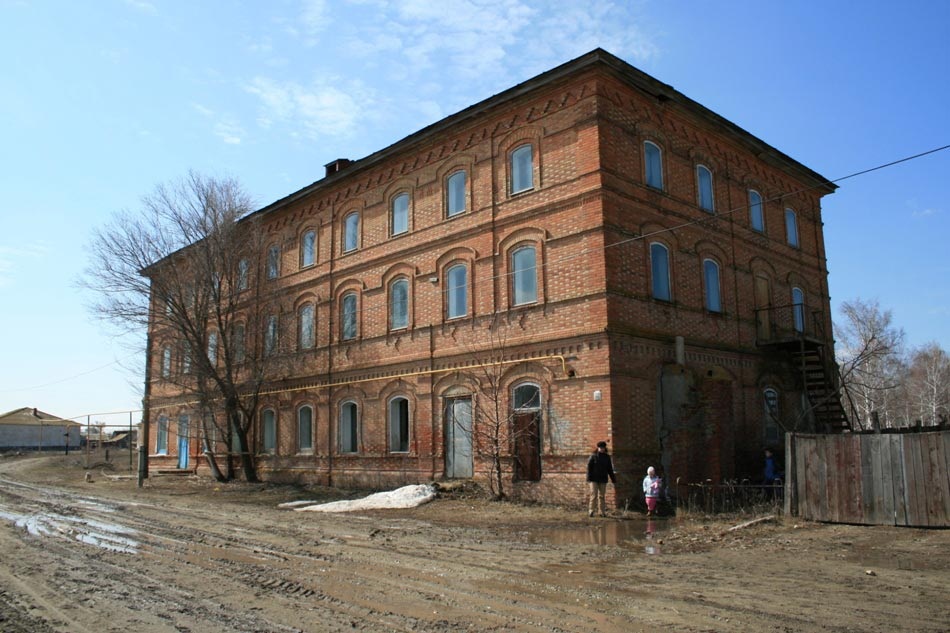 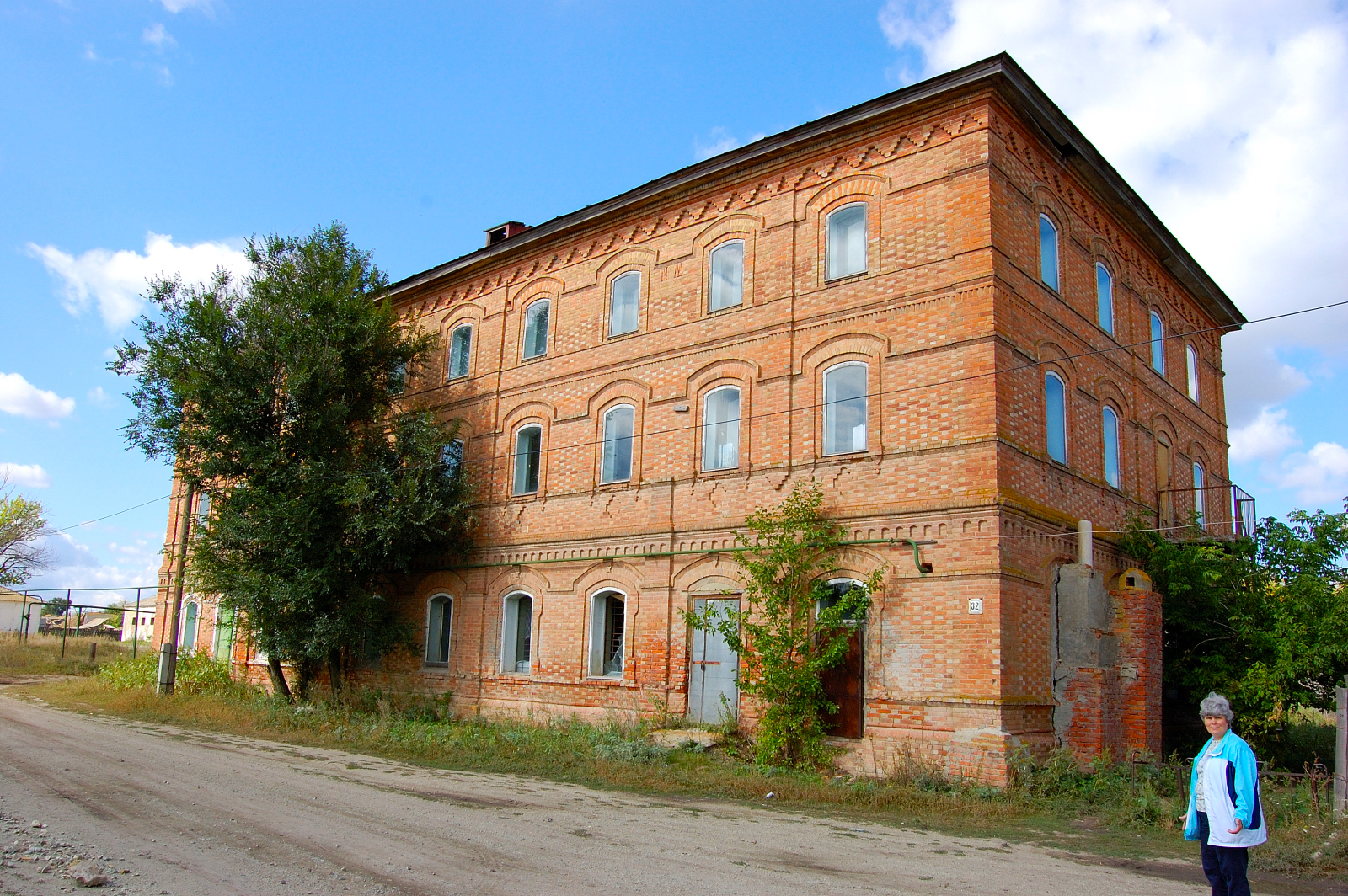 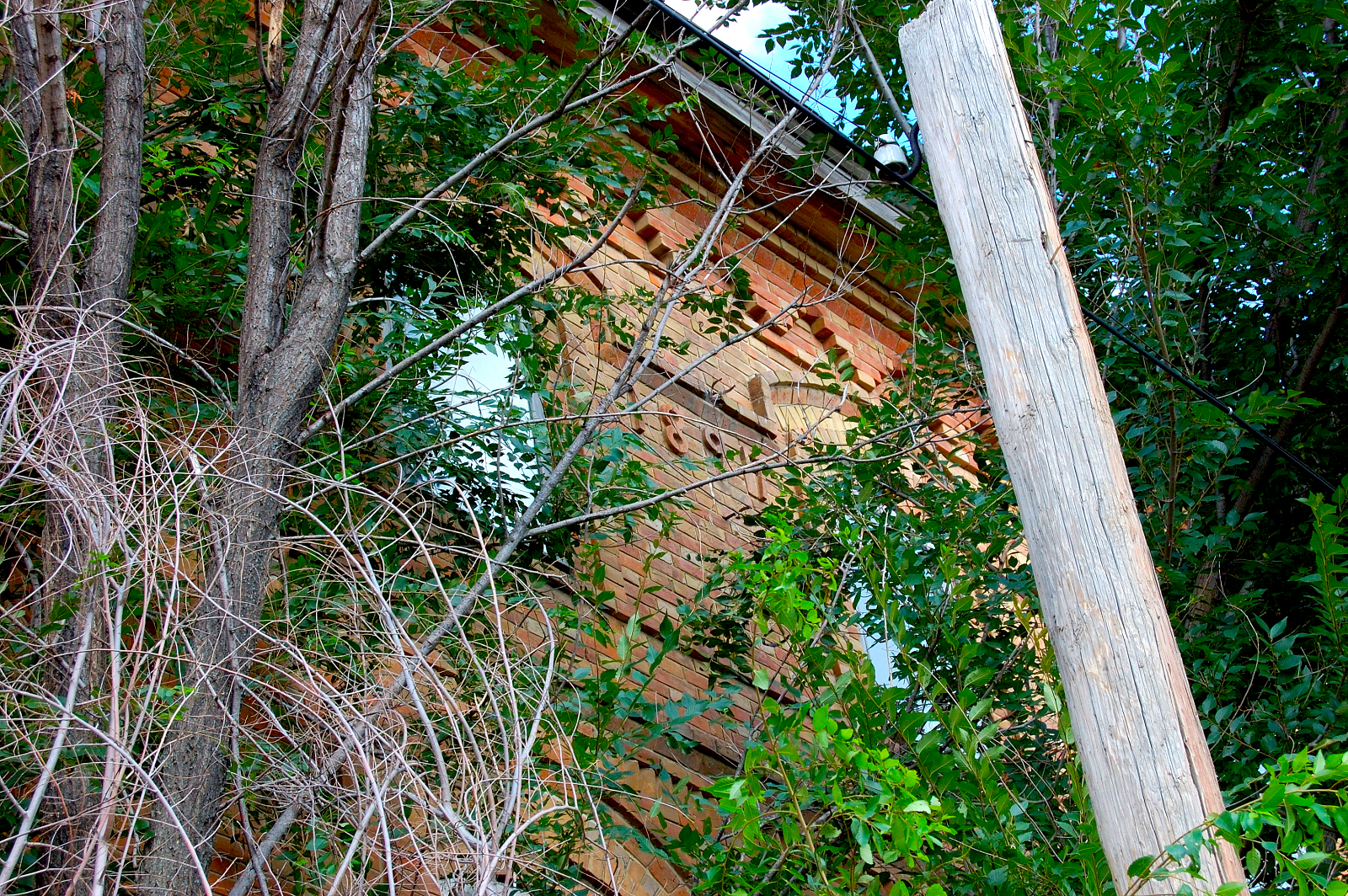 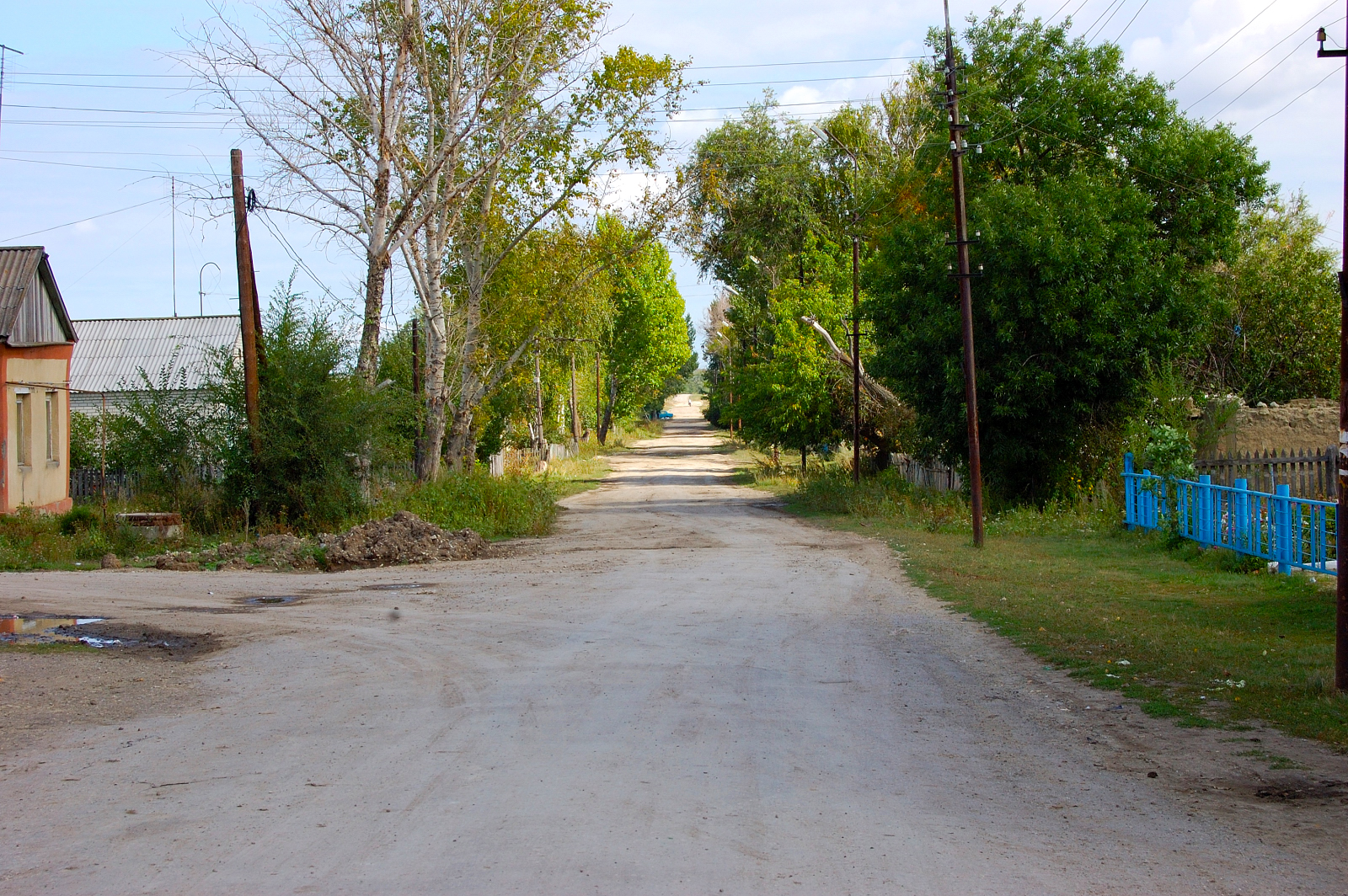 View from of the street in front of the school house. Source: Steve Schreiber (2006).
Church

The congregation in Huck was originally part of the Reformed parish headquartered in Norka.  A wooden church was built in Huck in 1840.

Huck was founded on 1 July 1767 as a Crown Colony by 79 families from Isenburg and the Palatinate.  It is located on the Bergseite, approximately 50 miles southwest of Saratov along the Yelkhovka Creek, near the Splavnukha River from which it takes its Russian name.

There was a German school in the colony since it was founded in 1767. A Russian school was built there in 1865, and also a college was located in Huck.

According to a tally taken in 1894, most of the colonists were engaged in farming.  There were, however, also 7 tailors, 20 cobblers, 32 carpenters, 6 masons, 78 carpenters, 27 wheelwrights, 1 cooper, 18 blacksmiths and 1 binder.  An additional 184 people were engaged in weaving gingham in their homes.