Georg Michael Keller, son of Ulrich Keller and Barbara Schilling, was born 19 September and baptized 20 September 1724 in Niederhofen. Georg Michael was confirmed there in 1739.

Georg Michael emigrated to Denmark, departing from Altona on 3 June 1762 and arriving in Schleswig on 9 June 1762. He is described as a servant in the household of Christian Bleymeyer.

The family then emigrated to Russia, settling in the colony of Dobrinka. They are reported on the Dobrinka 1767 Census (First Settlers List) in Household #22. The Georg Keller household includes his wife Elisabeth, four of her children from her first marriage (Christoph, age 13; Elisabeth, age 11; Georg, age 9; and Christina, age 7), and their three younger children (Eva, age 5; Rosine, age 3; and Johann Heinrich, age 1/2). 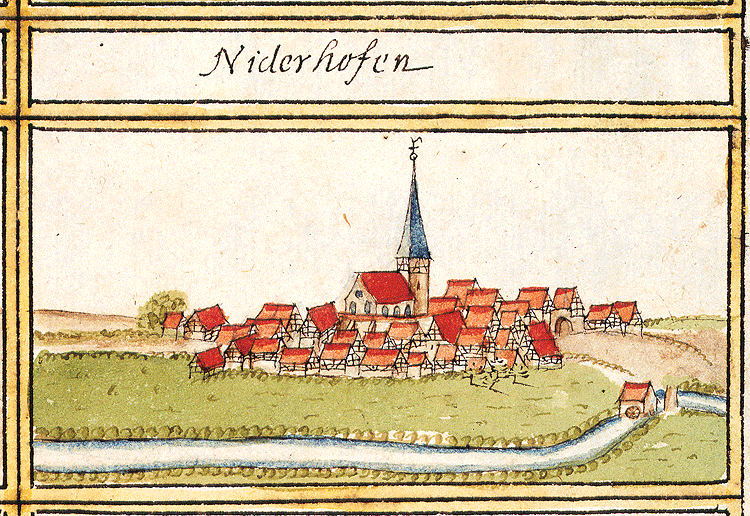