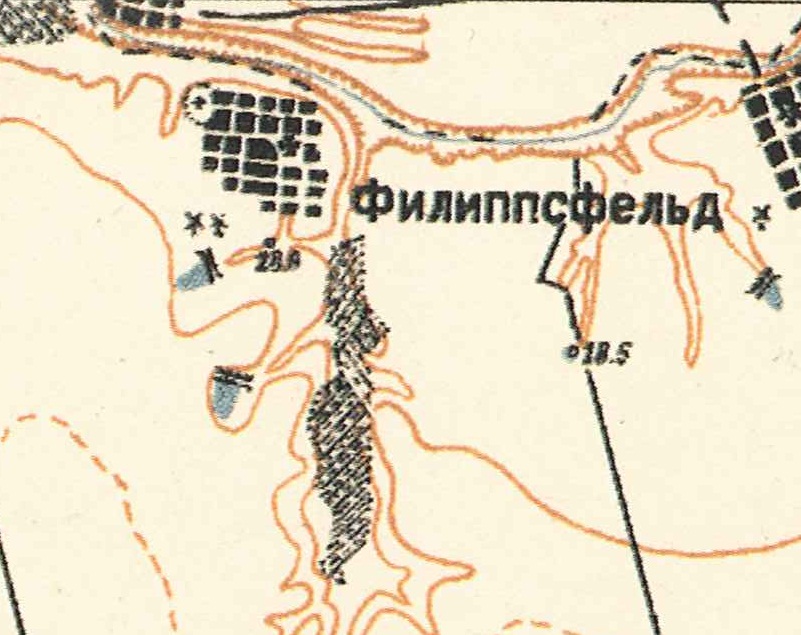 Philippsfeld was founded on 3 August 1767 by Baron Caneau de Beauregard as a Lutheran colony.

Koch, Fred C. The Volga Germans: In Russia and the Americas, from 1763 t