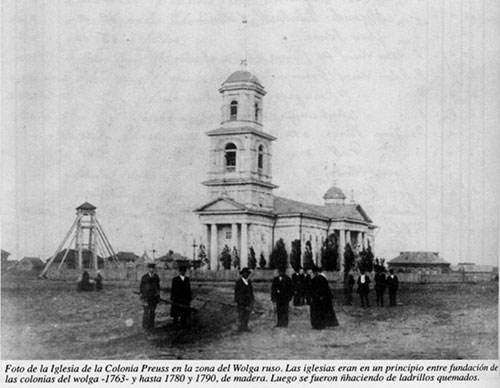 This map overlays several maps that show the location of Preuss (about center, across the tributary to the north of Hölzel) before and after the inundation of the Volga Reservoir in 1961. Source: Vladimir Kakorin.
Church

Preuss was founded as a Roman Catholic colony on 12 May 1767 by LeRoy & Pictet.
The colony was abandoned and is today mostly under water due to the creation of the Volga Reservoir in 1961.