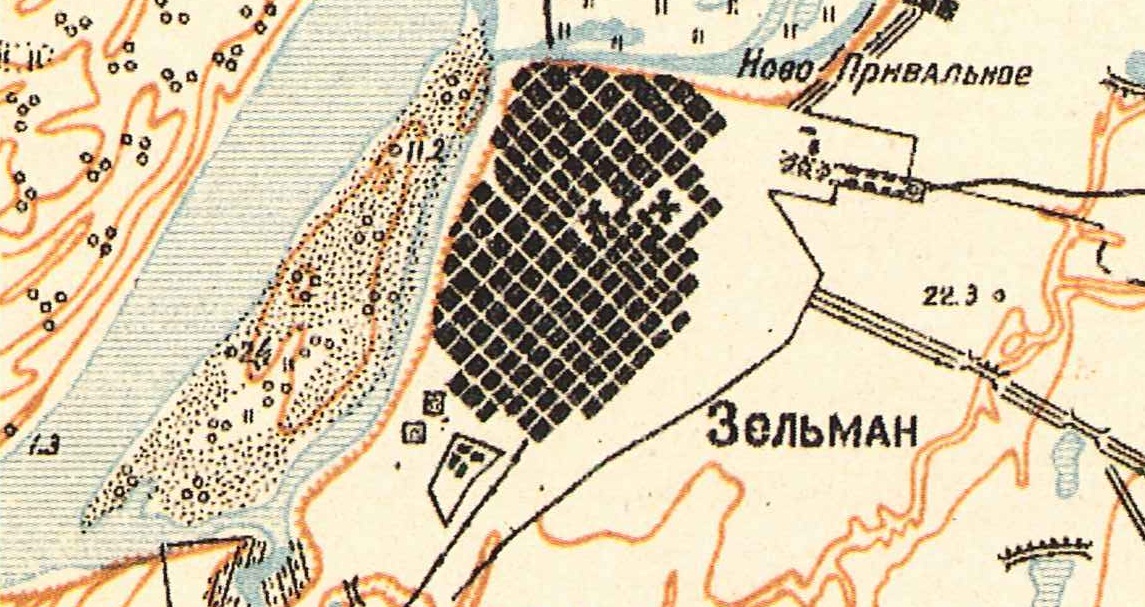 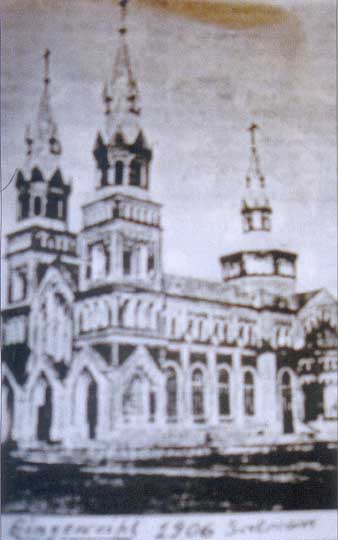 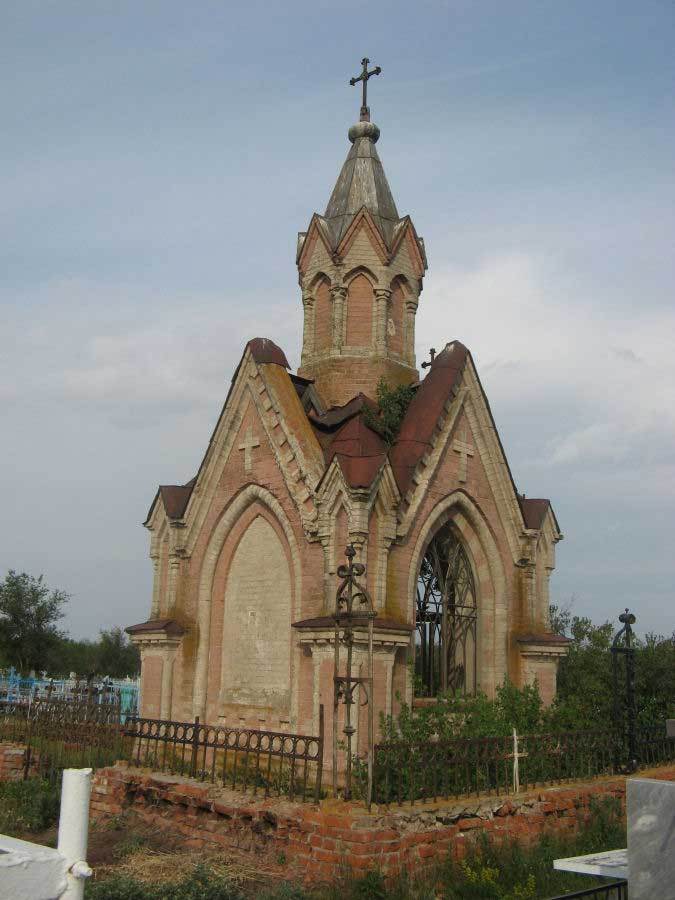 Chapel in the cemetery of Seelmann 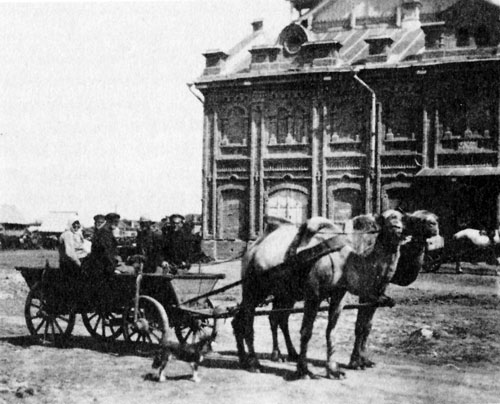 A camel drawn wagon in Seelmann. 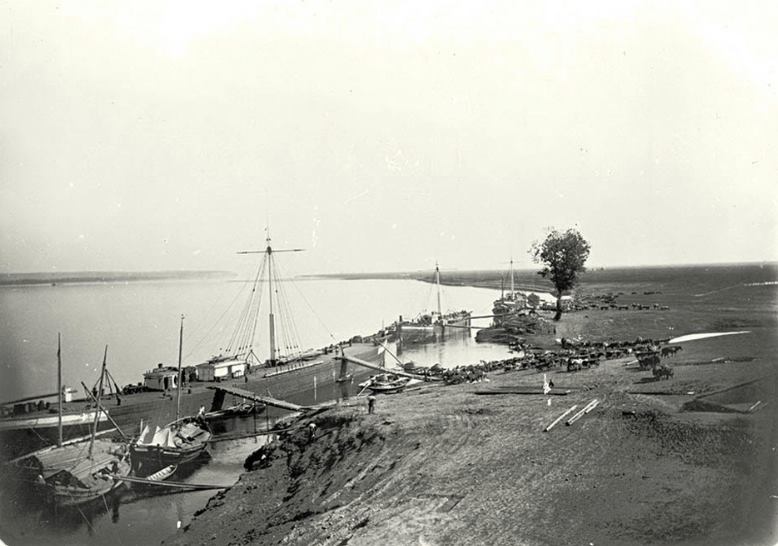 The first church in Seelmann was constructed of wood.  The new stone church was approved to be built in the Gothic Revival style in 1902.  The new building was dedicated 15 September 1911.

This church building was torn down in 1939.

Seelmann was founded on 15 July 1767 by colonists from the areas of Mainz, Alsace, and Isenburg in Germany and from Luxembourg.  These colonists had been recruited by LeRoy & Pictet.  On 12 November 1775, Seelmann was attacked by Pugachev and his rebels.

Seelmann is located right on the banks of the Volga River and was a major grain trading port for the Wiesenseite colonies.