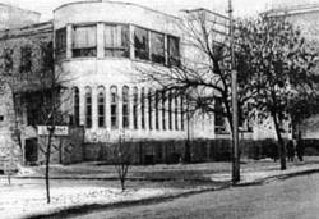 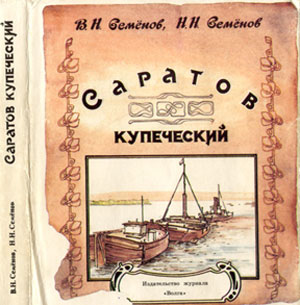 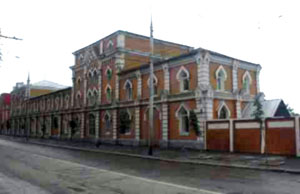 The richest Volga German family and the largest millers of Russia

A synopsis and brief overview:

The Schmidt's, the German Russian milling magnates were also known as the Grain-Barons and the Flour-Kings, who became multi-millionaires, and were by far the richest German colonists on the Volga - maybe even in the largest flour mill-owners in whole of Russia.

Formerly from the village of Messer (Ust-Zolich) in Kamyshin, two brothers started off in a small way, with just two rented windmills. They seem to have made their money renting mills from large Russian landowners in and around their village, until they reached middle age and instead of sitting in their laurels, they felt that the time has come to move on to the Big City – Saratov. They had earlier also made a fortune in the textile industry producing Sarpinka, of which their village was one of the three main German Russian centres.

The two brothers, Andreas and Peter (sons of Johann) Schmidt, were born about 1820.

In 1870, when they were in their mid-40s or early 50s, they came to Saratov, to build the biggest steam mill in Russia! By 1883 they bought out Seifert's mill in Saratov, which in 1865, was at that time the largest ever built in Russia and also its first steam mill. It now became known as the "Little Schmidt Mill". Seifert, who was by now tired of all the new competition on the milling industry, bought himself a huge mansion and started converting it into Saratov’s largest hotel. (Note: The Seifert's are the ancestors of Vera Beljakova Miller, the author of this article).

It was a period of great German Russian expansion. With the abolition of German colonists’ privileges and russification of the minority nationalities, lay open the way for German colonists to leave their communal villages and seek their fortunes on a wider horizon. The pent-up energies of the villagers were released and spilled over into the large cities.

It is indeed curious that 2 middle-aged German colonist-villagers from back-of-beyond on the Volga, were able to build Russia’s largest steam mill, and in one generation create Russia’s biggest Grain Export Trading company. It shows enormous talent which had been lying repressed or dormant in a tiny German colony.

The Schmidt brothers became Russia's biggest grain traders with export offices and granaries stretching from St Petersburg to Vladivostok. They were the owners of Russian biggest, most modern steam mills (in Saratov) and a river shipping fleet of 40 vessels, ranging from barges, boats, ferries, sailing ships to 6 steam ships.

Peter had 13 children of whom the most famous 4 are the sons: Fedor (Theodore), Otto, Ivan (Johann) and Vladimir (Waldemar) Schmidt because they ran the family business. The rest were girls to who married off to other grain trading merchants of flour mills.

After the Revolution Vladimir-Woldemar disappeared from St Petersburg without a trace, Otto joined the White Army against the Bolsheviks and was killed in Siberia by the Reds, and Ivan-Johann died in Saratov under very poor conditions - from being a mega-multi-millionaire, he became a grave-digger in the Lutheran cemetery.

No one, not even the German Russians who benefited from his family's largesse - for they were the largest German Russian charity supporters, building schools, churches, hospitals, giving bursaries, etc. - offered him a job or a crust of bread or a roof over his head, fearing reprisals from the Reds (both Russian Reds and German Russian Communists/Bolsheviks of whom there were plenty in power by now). He lived off the tips given to him for digging a grave - a miserable and destitute life.

Only Theodore escaped to Berlin, but after making a few bad investments with his erstwhile friends, he too became a pauper and lived off the largesse of the Old White Russian émigrés, who remembered his kindness and generosity in better times in Russia.

It was the German colonists who brought into Russia and developed the milling techniques. Wealthier colonists went to Germany, France and Belgium to learn, adopt, adapt and buy in the latest milling expertise, and to train up their sons there.

But the pre-WWI days were difficult for all German colonists, including the Schmidt's, who had stayed very "German" and "Lutheran". Their mills were nationalised, the huge extended families moved out of their numerous palatial mansions into just one family home in Saratov, and ultimately they lost everything to the Revolution and fled, were killed or imprisoned.

Yet they were exemplary employers. Like all German mill-owners, they paid higher than average (Russian) wages, employed their own German Russians or the farm lads being sent away from home to find employment in the big city mills.

The Schmidt's, and other German Russian mill owners, were extra-generous with free schooling, pensions, orphanages, social welfare, medical assistance for their workers - and yet in time of need, despair and persecution, the same people - beneficiaries - withheld their support.

Later, the Soviets, tried to invite Theo Schmidt, now in Berlin, back to Russia to become their Minister of Food-Supplies during the time of famine, but he answered he cannot supply anything to anyone unless he also controlled the lines of supply, that is – the Transport Systems (river and railways) - but this was strategically and politically too dangerous for the emerging Soviets to trust an erstwhile ‘enemy of the people’, so the offer was rescinded.

There is a lot of literature on the Schmidt family, but mainly in Russian. I have come across Schmidt in most German Russian and Volga-German history books, of which Fred Koch, Adam Giesinger and Jacob Dietz are by far the best.

More information I obtained from personal archives of a German Russian, who sent me some old private letters; much mention is made in the Russian reference books and commercial directories of the early 1900-1910 period, but the most detailed article of all is by Russian historian V.V. Semenov which was published in Russian the Volga Journal of 1995, now out of print and defunct. For further information please read: V.N.Semenov, N.N.Semenov "Saratov kupecheskii", Saratov, izd. zhurnala "Volga", 1995, ISBN 5-85884-021-3. Also referenced for this article was the book Deutsche Architektur an der Wolga by Serej Terjochin, Westkreuz Verlag, 1993, Berlin/Bonn, available from VDA-Globus in Germany, ISBN 3-922131-91-3.