Heinrich Christian Eisner was born about 1731 in Dorheim, the son of Johann Reinhard Eisner.

On 3 February 1757, Heinrich Christian married Anna Christina Hieb in the Burgkirche in Friedberg (near Dorheim). She was born on 25 March 1737, the daughter of Johann Anthon Hieb (also Hiepp, Heb, Häb) and Anna Elisabeth Kappel. Johann Anthon was a master tailor (Schneidermeister). Heinrich Christian was also a master tailor and may have worked with his father-in-law.

Heinrich Christian and Anna Christina had three children who were born and baptized in Friedberg Burgkirche (the church was replaced with a new structure in 1782).

Heinrich Christian was signed as a Russian colonist in Friedberg on 28 March 1766 by the recruiter Dreyschock. Dreyshock was employed by the Frenchman, le Roy, one of the primary private recruiters. Soon-after, the Eisner family began their journey to Russia. They departed from the Baltic seaport of Lübeck aboard the ship “Die Neue Fortuna” (The New Fortune) and arrived in Oranienbaum, Russia (now Lomonosov) on 14 June 1766. The Eisner’s were part of the Oldenburg transport group and spent the winter months is the city of Kostroma on the Volga River.

Heinrich Christian, his wife Anna Christina, and their son, Johann Reinhard, arrived in the colony of Warenburg on 12 May 1767.

Johann Reinhard Eisner married Christina Clara Uhl about 1788 and they had at least 8 children. All the Eisner’s in Warenburg descend from this family. One of their daughters is named after his mother (Anna Christina) and one their sons is named after his step-father (Markus Friedrich).

Anna Christina died about 1802. She is the matriarch of one of the Eisner families in Warenburg and all descendants of the Leisel family.

Note: There does not appear to be a connection in Germany between the two Eisner families that settled in Warenburg in 1767. 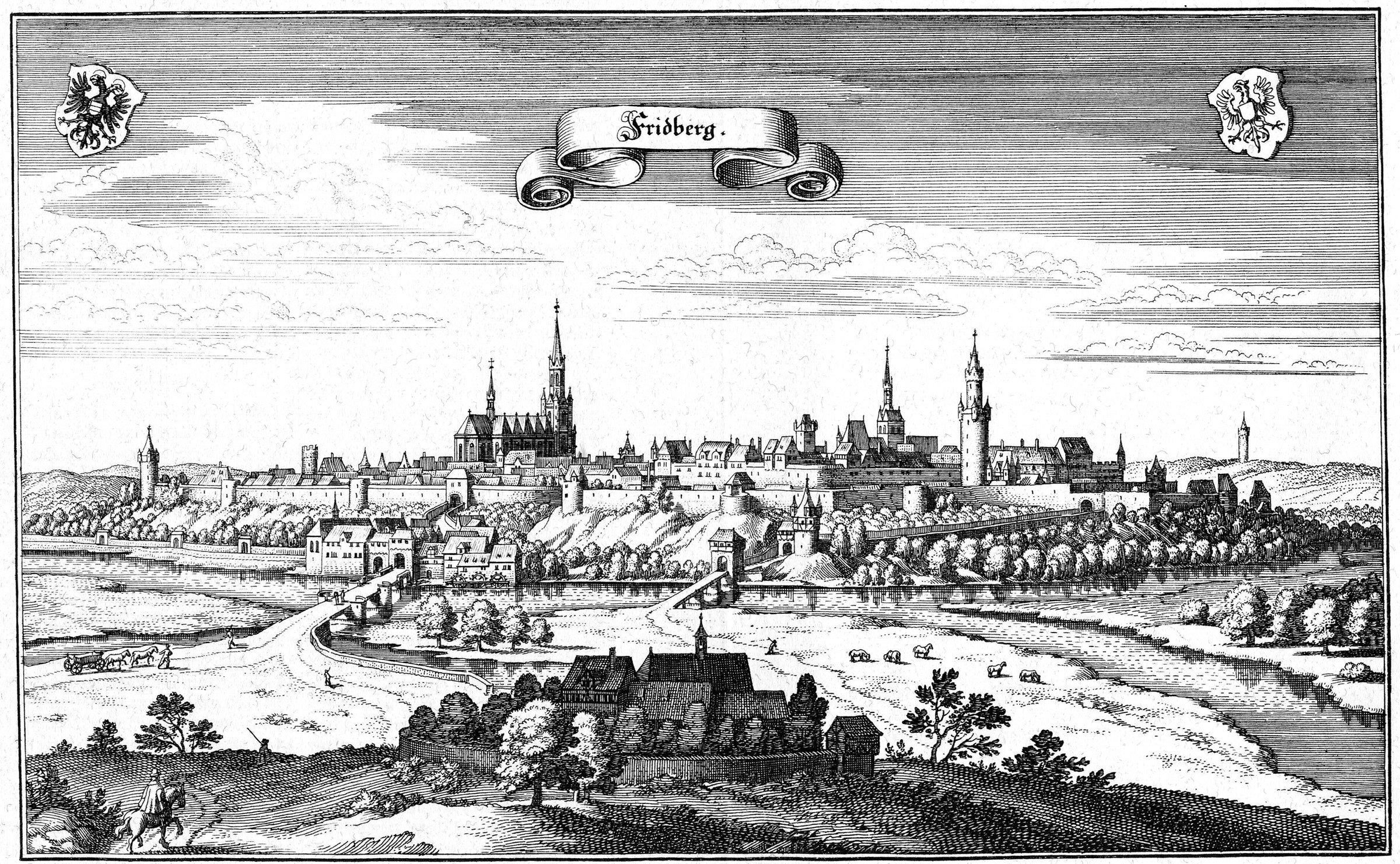 Friedberg – Auszug aus der Topographia Hassiae von Matthäus Merian 1655. Source: Wikipedia. The Burg Kirche is shown as the tall spire right of center in this drawing. The church on the left is the Stadt Kirche and the tower on the right is the Adolf Tower at Friedburg Castle.