Johann Conrad Nazarenus, the son of Johann Heinrich and Anna Margaretha Nazarenus from Lorbach, was confirmed in 1716.

At the time, Lorbach and the Herrnhaag were part of the County of Isenburg, the Deanery of Büdingen and the Vonhausen parish.

Johann Conrad married again on 17 August 1741 to Anna Catharina, the daughter of Jacob (surname illegible) from Bleichenbach. (Note: Her name is written as Catharina Elisabeth in the marriage record and Anna Catharina in all subsequent records).

Johann Conrad and Anna Catharina became parents to at least 7 children, all born in Lorbach and baptized at the Herrnhaag church.

Baptism records for the two daughters, Anna Catharina and Anna Margaretha, were not found in the Vonhausen-Herrnhaag parish records. However, those church records do show that they were confirmed at the Herrnhaag church in 1766. The confirmation record indicates that the sisters were probably twins, born about 1751, given that confirmands were typically about 15 years old. Further support that they are twins is found in the Russian ship arrival records (Kulberg Lists) and the 1767 Census which list the two sisters at exactly the same age.

In the spring of 1766, Johann Conrad, his wife Anna Catharina, their son Johann Heinrich, and their daughters Anna Catharina and Anna Margaretha, decided to migrate to Russia.

Johann Heinrich married Anna Maria Koch, daughter of the deceased Johann Caspar and Albertina Koch, on 23 April 1766 in Büdingen. Anna Maria was born in Lorbach and baptized at the Herrnhaag church on 9 November 1736. Büdingen is near Lorbach and was one recruiting centers and gathering places for the Russian colonists. Many colonist marriages were recorded there prior to migration in 1766.

Johann Heinrich, his new wife Anna Maria, his sisters Anna Catharina and Anna Margaretha, and his mother Anna Catharina arrived at island fortress of Kronstadt, Russia on 17 July 1766 aboard the Russian sailing ship "Novaya Dvinka". They stated that they were members of the Reformed faith from Isenburg. The family patriarch, Johann Conrad, likely died sometime after departing from Lorbach and prior to their arrival in Russia. His death is not listed in the Vonhausen-Herrnhaag parish records and he is not listed in the Russian ship arrival records.

Johann Heinrich, now the head of the household, his wife Anna Maria, a one-year old son named Johann Michael, and his sister Anna Margaretha arrived in the colony of Kutter on 29 July 1767 and are listed on the 1767 census there in Household No. 67.

Johann Heinrich's sister, Anna Catharina, married Johann Jacob Dietz during transport to the settlement area on the lower Volga River. They settled in the colony of Walter, along with Anna Catharina's mother (Anna Catharina), on 25 August 1767 and are listed there in the 1767 Census as Households 68 and 69. The Dietz family is listed as Household 2 in the 1798 Census of Walter.

There are two other Nazarenus men who were first settlers in the Volga colonies. The first, is Ludwig Nazarenus (Household No. 31 in the 1767 Census of Kutter). He is said to be from Isenburg and is married with five children. No one in this family was found in the Vonhausen-Herrnhaag parish records. It is not known if Ludwig is related to the Nazarenus family from Lorbach. The second person is Johannes Nazarenus. He is living with the Kletter family in the colony of Anton (Household 19a) in 1767. He is said to be a Lutheran from Isenburg. No records were found in the Vonhausen-Herrnhaag parish records linking him to the Nazarenus family from Lorbach. 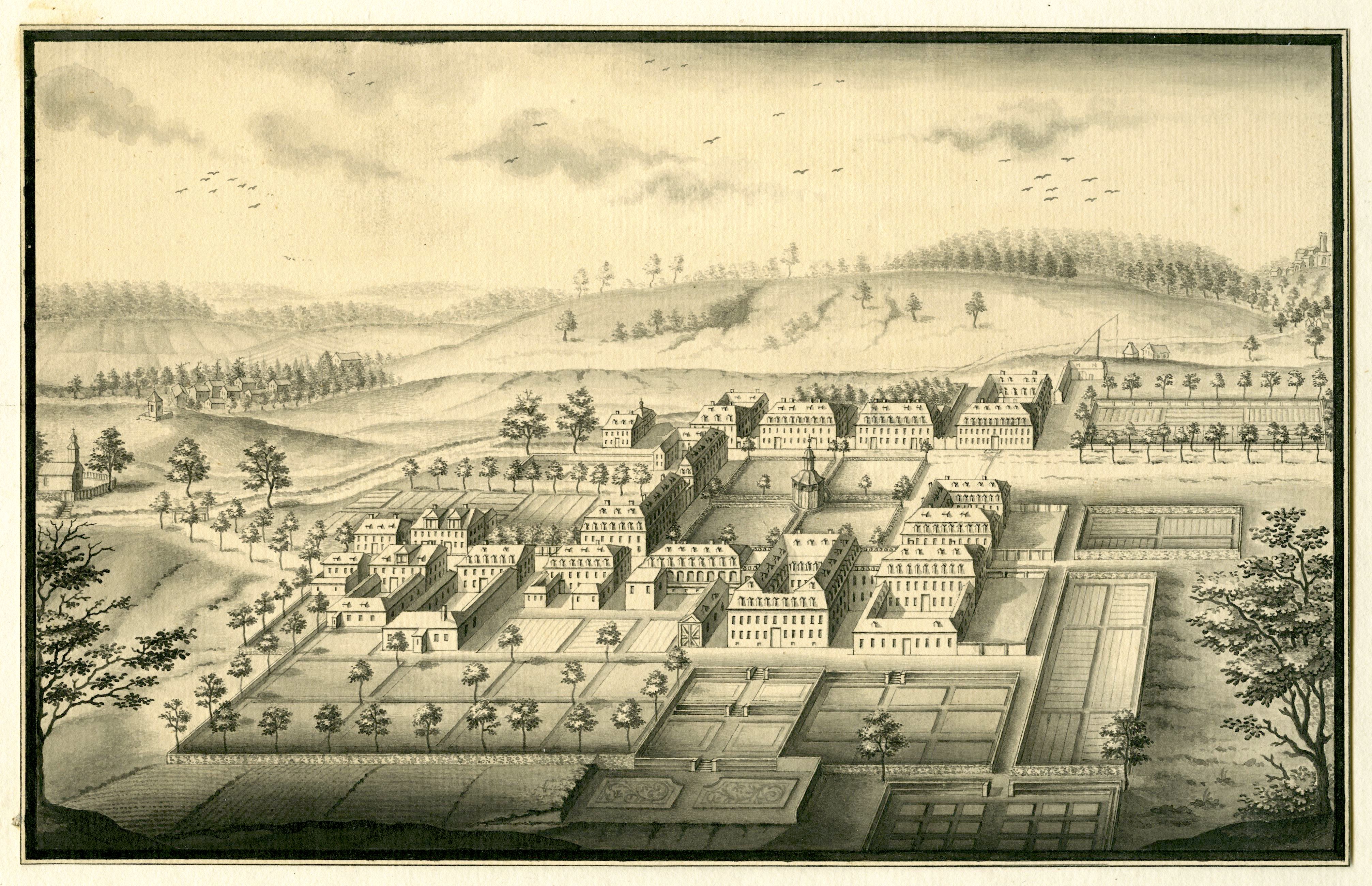 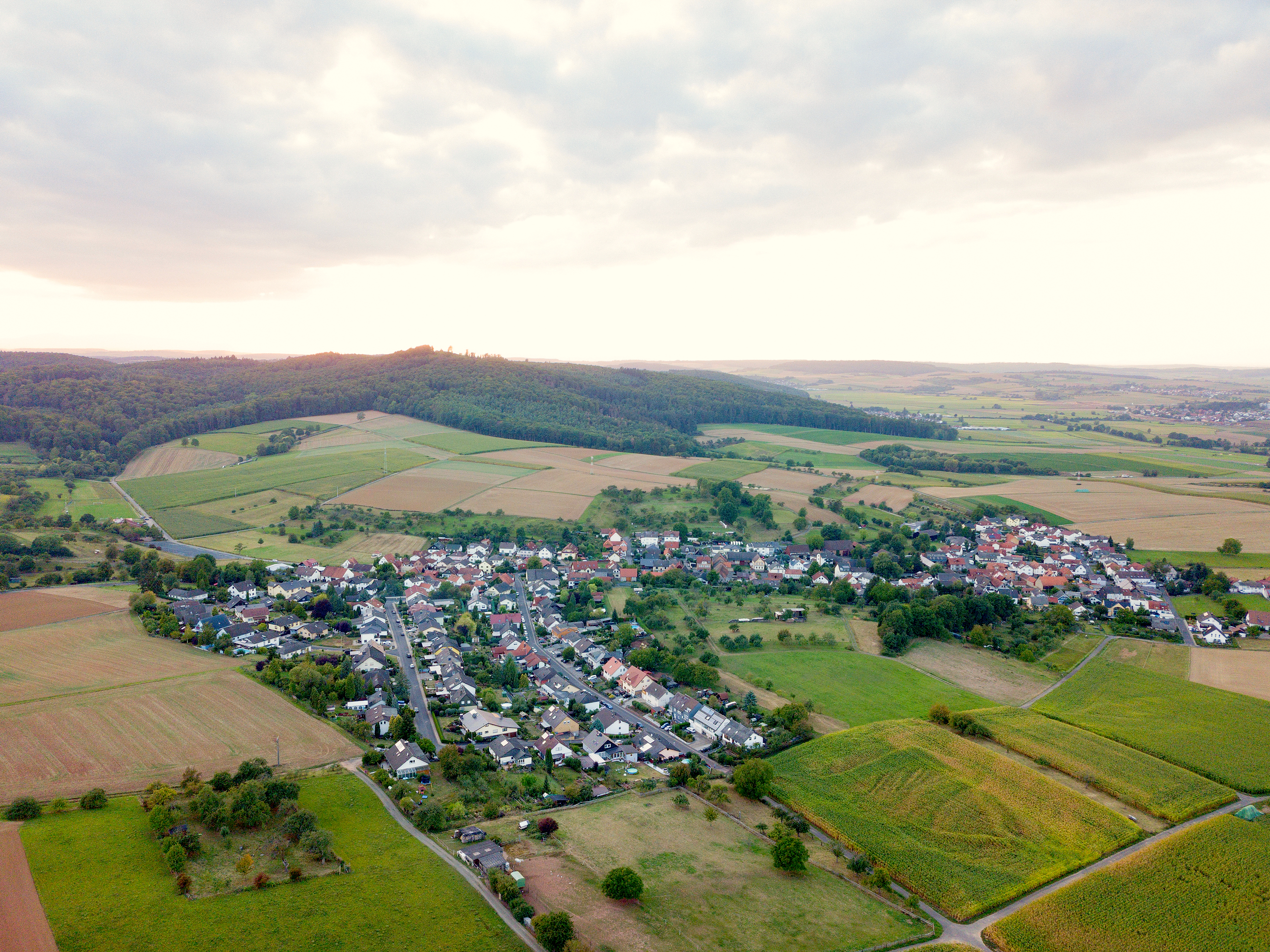 View over Lorbach in 2019. Source: Wikipedia.