Johann Nicolaus Schlotthauer, son of Johann Valentin Schlotthauer, married Susanna Gauss, daughter of Andreas Gauss, in the parish of Ilbeshausen on 30 July 1743. Their son Johannes was baptized in Ilbeshausen on 19 November 1745.  The marriage of Johannes Schlotthauer and Anna Maria Eckert was recorded in Spielberg on 21 Sep 1764.  Anna Maria Eckert, daughter of Anton Eckert, was baptized in Spielberg on 5 April 1739.

The couple arrived in Russia on 8 August 1766.  They are reported on the Huck First Settler's List in Family #11 along with their infant son Johann Philipp.  The household also included the orphan Eva Katharina Rimmel, whose relationship to the other family members is unclear. 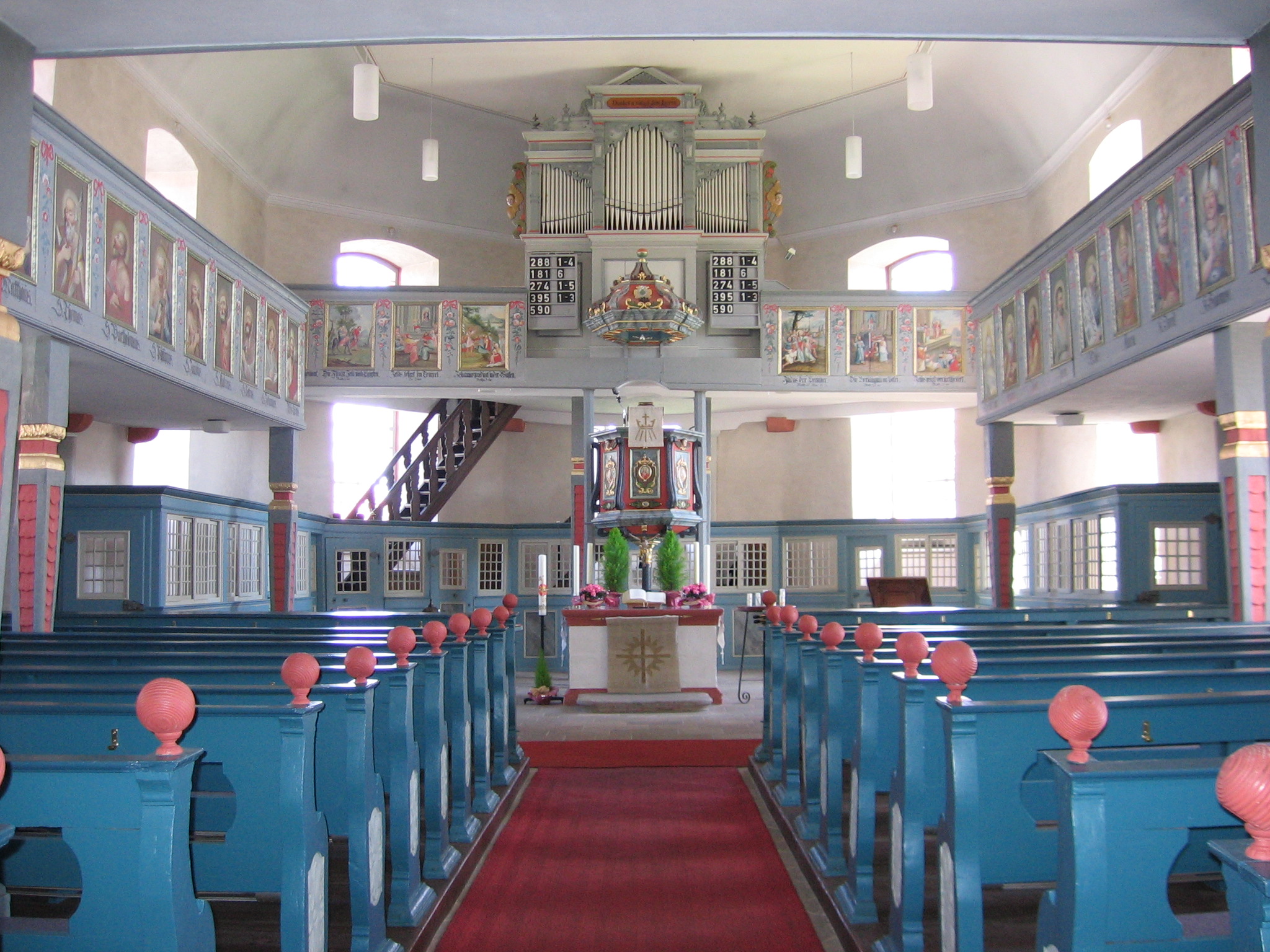 Interior of the church in Ilbeshausen, photo © 2006 Maggie Hein