Johann Heinrich and his family, Georg Ernst and his family, and Anna Maria's parents arrived in Russia on 17 July 1772. They were among a group of families arriving in July and August of 1772 who were transported to the Volga German colonies, settling in Pobochnaya in 1773.

Georg Ernst Schneider and his family relocated to Kolb in 1774. Georg Ernst's widow Anna Maria and her family are reported on the Kolb 1798 Census in Household #18.

There are several other Schneider families reported on the Pobochnaya First Settlers List. Research in ongoing to determine the connections between these families. 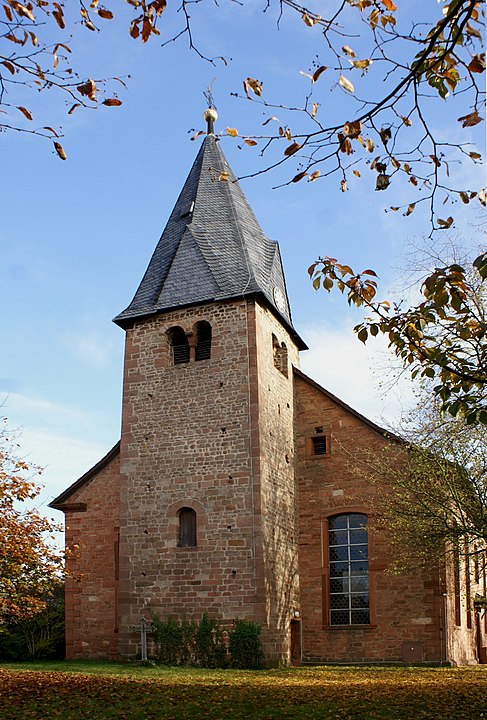 The belltower of the Protestant Laurentius-church in Niedermittlau - By Prof. emeritus Hans Schneider (Geyersberg) - Own work, CC BY-SA 3.0, https://commons.wikimedia.org/w/index.php?curid=22464520